• The NEJM has been wondering if conflicts of interest in medicine are really so bad? In a blistering essay, Robert Steinbrook, Jerome Kassirer, and Marcia Angell, former senior editors for the NEJM call the series of articles “A seriously flawed and inflammatory attack.”

• The BMJ has a blanket moratorium on conflicts of interest in our education article, not because we believe everyone who receives money from industry is biased, but because, as the authors say “The essential issue is that it is impossible for editors and readers to know one way or the other.” 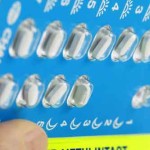 • After varenicline’s introduction on the market, reports of suicidality and depression emerged in post-marketing surveillance and eventually led to warnings issued by regulatory agencies in Europe and a black box warning in the United States—but new research uses data from the whole Swedish population to look at these risks—find out more in the video abstract. 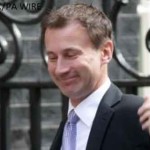 • Ten ways to be secretary of state for health. If you could peer inside the head of a politician, what you find? I’m not sure I’d want to; but Nicholas Timmins and Edward Davies have—they’ve written up their extensive interviews with 10 of the UK’s health secretaries into a book, and we’ve published some of their favourite quotes.

Duncan Jarvies is the multimedia editor, The BMJ.