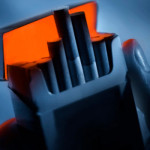 •  Campaigners are taking the Dutch state to court over links with the tobacco industry, which is allegedly unlawfully influencing policies on the availability of tobacco products. The fight is on for children, who the industry apparently want to see as “replacement smokers” when those seeking a smoke free society believe it starts with young people never taking up the habit. Documents obtained through freedom of information legislation apparently show evidence of chummy relationships, barbecues and all, where none should exist and none are transparently declared. 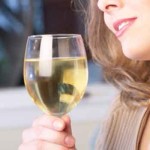 •  120 million units of alcohol each week would be added to the estimated alcohol consumption of English adults if surveys asked about drinking on “routine atypical days,” such as Friday night, or special occasions like holidays and celebrations. This seems to amount to extra 40% added to total alcohol intake. “Nationally we underestimate how much we drink and as individuals we can turn a blind eye to our heavier drinking periods when we calculate personal consumption,” says Mark Bellis, the lead researcher on the survey that asked participants about alcohol intake beyond “typical drinking.”

• Use of alcohol or drugs can delay the diagnosis of bipolar disorder by several years. “This is particularly important because treatments are more effective if they are given sooner rather than later,” says Rashmi Patel, a study author from King’s College, London. More evidence is needed on how to treat people with both substance misuse disorders and bipolar disorder.

• Should the WHO be able to impose sanctions on countries that limit trade and travel with states affected by epidemics? This has been recommended by a panel chaired by Barbara Stocking, former chief executive of UK charity Oxfam. The hope is this would encourage nations hit by epidemics to declare outbreaks earlier. “This is not a made-up worry. We have seen this in the Ebola outbreak, when 40 countries took measures which were beyond what WHO suggested was necessary,” said Stocking. 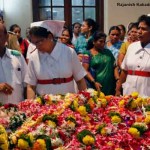 • Nurse Aruna Shanbaug died at the age of 67, after 42 years of living in a vegetative state caused by a violent sexual assault. The case received much attention in 2011, and prompted the Supreme Court of India to lay down “guidelines for passive euthanasia.” Until then all euthanasia was banned in India, but now the door is open for passive euthanasia under some circumstances.

• Gill et al have identified six trajectories of disability in the last year of life, and tied them with patterns of acute hospital admissions. For some people, admission to hospital may worsen outcomes and increase dependency on activities such as bathing, dressing, and walking. In a linked editorial, Boyd and Murray discuss how best to recognise and respond to disability in older people, and for whom palliative care might be the best option. 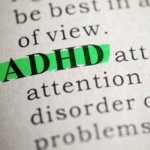