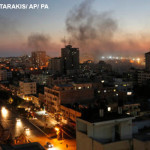 • Politics, medical journals, the medical profession, and the Israel lobby–In July 2014, The Lancet published an “Open letter for the people in Gaza” from a group of doctors and scientists, decrying what was in their view Israeli military aggression against civilians in Gaza. Earlier this year, Reed Elsevier, publishers of The Lancet received a complaint signed by 396 physicians and scientists arguing that the journal was being used for “publication of deliberately false material which deepens polarization between Israelis and Palestinians.” In a newly published editorial John Yudkin, emeritus professor of medicine at University College London, explores the issues raised by these events. Is it inappropriate for medical journals to discuss political issues, even when these issues have a direct impact on civilian health? And is there a wider problem of coverage of the conflict in Gaza being stifled?

• NEJM reconsiders relationship with industry–Mike McCarthy reports news that the New England Journal of Medicine has begun exploring the relationship between industry and healthcare in a series of articles. In an editorial accompanying the series, editor-in-chief Jeffrey Drazen asks whether medical journals have made it too hard for researchers to write review articles and editorials. NEJM, along with many other medical journals including The BMJ, have introduced competing interests policies for authors which aim to mitigate the effects of possible industry bias. Reflecting on recent collaborations between pharma and academia to produce the Ebola vaccine, Drazen wonders whether the divide encouraged by journals between academic researchers and industry is in healthcare’s best interests. 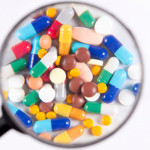 • Choosing Wisely campaign comes to the UK–“The idea that some medical procedures are unnecessary and can do more harm than good is as old as medicine itself.” As Aseem Malhotra and colleagues discuss in an Analysis article published today, the Choosing Wisely initiative was launched in the USA in 2012 to encourage conversations between doctors and patients about avoiding unnecessary medical tests, procedures, and treatments. The Academy of Medical Royal Colleges have now launched Choosing Wisely in the UK, with partners including The BMJ.

• The BMJ’s Too Much Medicine campaign will also continue to highlight the harms of medical overuse. In September, we will once again partner in the international scientific conference, Preventing Overdiagnosis, this year hosted by the National institutes of Health, National Cancer Institute in Washington DC.

Navjoyt Ladher is a clinical editor, The BMJ.