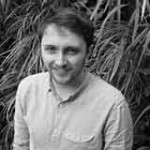 With the NHS facing growing pressures on all fronts, following the general election the next government is likely to begin a new round of NHS service reconfiguration planning. In addition, work will continue to implement the new care models—such as urgent and emergency care networks and modernised maternity services—set out in the NHS five year forward view. So what are the challenges around service reconfiguration? And what evidence is available to help guide this planning process?

We found that those considering reconfiguration often have a limited evidence base to draw on and that few reconfigurations achieved the financial savings they promised. However, a thin and ambiguous evidence base should not be a reason to maintain the status quo if real improvements could be achieved with a new service model. It simply means that innovators need to be realistic about the expected benefits, honest about what they can’t predict, and committed to learning and evaluation so that we might one day have a better evidence base for the system to draw upon.

The most challenging part of NHS service change is gaining the support and co-operation of local people and political leaders. It will be of little surprise to those who work in the NHS to hear that organised campaigns against service changes have meant that many planned reconfigurations were ultimately delayed, changed, or stopped altogether.

Engaging patients and the public in service design is important, but doing it well can be challenging. Equally, the National Clinical Advisory Team frequently reported poor clinical engagement, particularly where new service models would change the ways clinical teams worked across multiple hospital sites or in the community. Without clinicians united behind service reconfiguration—leading, designing and being spokespeople for change—it is even more difficult to achieve the support of politicians and the public.

Providers and commissioners need to resist the temptation to open a formal public consultation with options contrived to lead to a predetermined conclusion. Enlisting local people and their political representatives as partners much earlier in the redesign process would help to increase support and reduce the likelihood of opposition. Ongoing community interaction, with NHS managers and clinical leaders building connections with local patient groups, business and third sector groups, and political leaders could provide a better way forward.

Some may worry that this approach does not address other harsh realities affecting service reconfiguration—spiralling financial deficits in the acute sector; unrelenting increases in demand; politicians unwilling to countenance service changes affecting established institutions. But in fact, we need to take a co-operative approach to major reconfiguration if we want to achieve success and tackle these problems. One notable feature of the reconfigurations we looked at was that none of the changes were driven by patients demanding better services or change, but by financial or workforce challenges.

At first, I thought of a reconfiguration as an optimisation problem that an economist armed with a decent clinical evidence base could solve every few years: X services run by Y staff on Z sites. But as we argue in our new report, reconfiguration of healthcare is something much more complex, and is an inherently uncertain and a continuous process. In an ideal world, clinicians, managers, patients, local people and politicians would always be challenging the status quo, and asking “can we do better?”

Matthew Honeyman is a research assistant, policy, The King’s Fund.