• Analysis: With the economic crisis and austerity measures looking to be a key focus of the election debate, this analysis article released today is a timely reminder of the impact such measures might be having on population health and wellbeing. “The number of local authorities with food banks operated by the Trussell Trust, a non-governmental organisation that coordinates food banks across the UK, has risen from 29 in 2009-10 to 251 in 2013-14.” 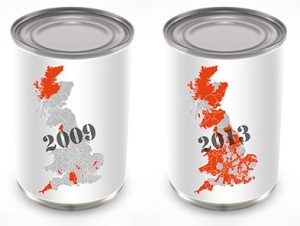 Researchers from the Department of Sociology at Oxford University and LSHTM found that food banks were more likely to open in local authorities with higher unemployment rates—and that greater local authority and central government welfare cuts increased the likelihood of a food bank opening. They challenge frontline care professionals who are responsible for food bank referrals to “call for action on the root social and economic factors that trigger reliance on food banks,” rather than just accepting the situation. With one month to go until 7 May, now might be the time to act.

• Feature: The BMJ Awards 2015 feature on Clinical Leadership team of the year celebrates the work of clinical teams who have done just this: refused to accept the status quo and taken action to produce better outcomes for their patients. “Clinical leadership is about identifying problems and solving them, often by doing things differently,” writes Nigel Hawkes. The feature describes the work of the five clinical teams who have been shortlisted for the award to be announced at the BMJ Awards 2015 ceremony on Wednesday 6 May. You can read about the shortlisted teams for Innovation team of the year and Imaging team of the year too. 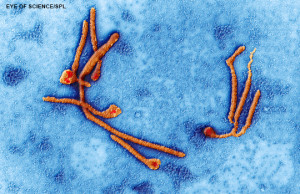 Research news: Another team that might be in the running for an award are the researchers from the WHO VSV Ebola Consortium. They have published preliminary results in the New England Journal of Medicine showing that their small, phase I trials of an experimental vaccine against Ebola virus disease have resulted in an immune response in all of the healthy adults who have been vaccinated. There were no serious vaccine related adverse events reported, although fever and arthritis were common side effects. An early success for the consortium, which was created to initiate phase I trials that enabled rapid progression to phase II and III studies in countries affected by Ebola. 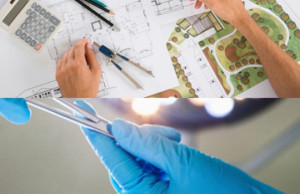 Observations: Rapid developments may not always have such positive results. In the first of a two part dialogue on medicine and architecture, David Loxterkamp and Bruce Snider reflect on how rapid change in each of their professions has resulted in a loss of touch—a transformation from physical to increasingly virtual arts. “We study the screen instead of the patient’s facial expression or posture; follow computer prompts instead of the labyrinthine turns in their story; touch our keyboard but not the body that longs to be examined.”