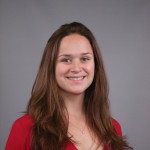 Concerns have been raised about this government’s relationship with the alcohol industry and the conflict of interest this presents in delivering better public health outcomes. At a time when alcohol related hospital admissions top one million, and the cost of alcohol misuse to the economy exceeds £21bn each year, there is a sense of urgency about getting to grips with the nation’s drinking problem by looking to policies with strong evidence of effectiveness. Minimum unit pricing appeared to be a powerful solution in the pipeline, promising to save thousands of lives and prevent thousands of crimes each year when it was announced with great fanfare in March 2012.

However, following what has been termed an aggressive lobbying campaign from the global alcohol producers, plans for minimum unit pricing were put on hold. Instead, attention has been focused on the Public Health Responsibility Deal as the cornerstone policy for reducing alcohol harm in England and Wales. This partnership agreement between drinks industry bodies and the government has very little public health representation, after the majority of NGO and health partners walked out when the announcement to delay plans for minimum pricing was made.

Much scepticism exists about the merits of voluntary partnership agreements with the drinks industry, and several public health bodies chose not to join the Responsibility Deal when it was established, including the Institute of Alcohol Studies (IAS), the British Medical Association, the British Liver Trust and Alcohol Concern. Amongst the reasons for the joint boycott, (aside from consensus that letting the fox guard the hen house was a flawed approach to public health policy), was a lack of evidence to show that voluntary partnerships were effective in reducing harmful consumption and concerns that no consequences were attached to the pledges if they did not achieve their stated aims – there appeared to be neither a stick nor carrot in sight. With years of failed attempts to get alcohol companies to adhere to promises about responsible marketing practices and warning labels, the Responsibility Deal appeared to be another barrier to meaningful action on alcohol harm.

Monitoring the progress of the Deal has been an interesting exercise for outsiders as, to date, it appears many of the concerns of the original boycotters have been realized. Not only has there been no detailed evaluation of the impact of voluntary pledges on rates of alcohol related morbidity and mortality, but internal documents obtained by IAS indicate that drinks industry partners have behaved inappropriately in the evaluation process, presenting a real threat of conflict of interest.

Under the Freedom of Information (FOI) Act, IAS has obtained documents pertaining to the flagship Responsibility Deal pledge, which is a commitment from alcohol producers to remove a billion units of alcohol from the drinks market by 2015. An interim report on the evaluation of this pledge published by the Department of Health in December 2014 claimed that 1.3 billion units of alcohol had been removed from the drinks market between 2011 and 2013, thus hitting the target two years ahead of schedule. However, this evaluation is the subject of criticism from researchers at Sheffield University who outline in The BMJ arguments to suggest that the unit reduction claims are unsubstantiated and the method of evaluation is flawed.

Internal correspondence shows major concerns amongst the public health members of the Deal about industry influence on the evaluation process for the pledge. Professor Mark Bellis, the public health Chair of the Monitoring and Evaluation (M&E) Group, wrote in his resignation letter that “transparency and trust in the process has been eroded by data being delivered inappropriately to the industry’s Portman Group who not only failed to inform [him] that they had the data but also unilaterally asked for it to be revisited at least twice.”

His remarks in relation to what is a key government policy demands investigation. After several FOI requests to the Department of Health (many of which were initially refused) IAS was supplied with correspondence that showed not only did the Portman Group ask for the data to be refined without informing the Chair and other public health members of the M&E group, but that the Chair was not apparently included in crucial emails between the Department of Health and the Portman Group.  These included emails that questioned whether the evaluation was being carried out to the agreed set of specifications, or whether the Portman Group had tried to commission an alternative version.

It is unknown whether or not the industry’s intervention in the data reporting has had an impact on the results of the interim evaluation of the billion unit pledge, nor whether a more independent evaluation would have avoided the fundamental flaws documented in this issue by Holmes et al. What is known is that the process was not transparent and raised concerns amongst the public health members, contributing to several resignations from the Responsibility Deal and its M&E group. Allowing the drinks industry to have a key role in designing, monitoring and evaluating alcohol policy risks failing to protect public health from conflicts of interest, and the actions of the Portman Group exemplify why the Responsibility Deal as a concept is flawed.

The WHO Director General Margaret Chan has stated that “in the view of WHO, the alcohol industry has no role in the formulation of alcohol policies, which must be protected from distortion by commercial or vested interests.” By not following this guidance, the UK government is neglecting its duty of care to protect and promote the health and wellbeing of its citizens. Diverting attention and resource away from evidence based policies such as minimum pricing, and focusing instead on non-binding agreements with the drinks industry, (to the exclusion of public health bodies), leaves very little hope for improvement in rates of death, disease and social destruction fuelled by alcohol. At the very least, if alcohol industry partnerships are to remain priority public policy tools, they should be subject to robust, transparent and independent evaluation.

Katherine Brown is the director of the Institute of Alcohol Studies.

Competing interests: I have read and understood the BMJ policy on declaration of interests and declare the following interests: The Institute of Alcohol Studies receives funding from the Alliance House Foundation.

Statement from the Portman Group:

As Chair of the Monitoring and Evaluation Group, Professor Bellis approved the set of criteria and a commissioning template for the evaluation of the billion unit pledge.

The original dataset was sent by CGA Neilsen to the Portman Group as the commissioning clients, but was incomplete. This was pointed out to the CGA Neilsen but Professor Bellis was not copied in on this email exchange in April 2013, as a result of simple oversight not design. This was quickly rectified and Professor Bellis was subsequently furnished with all versions of the CGA Neilsen data sets and all supporting correspondence. He met with CGA Nielsen personally to satisfy himself that the data sets met his expectations and confirmed this to Ministers in July 2013, as noted in the official minutes of the Responsibility Deal meeting.

Monitoring and evaluation of all Responsibility Deal pledges are overseen by the Department of Health and the achievements of the unit reduction pledge have been confirmed by official government statistics.