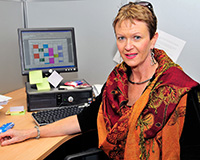 The first World Health Organization ministerial conference on global action against dementia which took place in Geneva was organized to encourage governments worldwide to take action to prevent dementia and improve health and social care services, based on current scientific knowledge, evidence, and global experience. It was attended by some 400 invited delegates, representing 80 countries including those from low to middle income countries where dementia prevalence is greatest. A very sizeable UK representation was in evidence over the two days, with over 25 invited delegates participating and several excellent UK presentations delivered.

Day one of the conference (16 March) involved expert speakers including the UK secretary of state, Jeremy Hunt. Topics addressed included: treatments, research, care, policy, and the diagnosis gap i.e. the fact that as few as about 50% of people with dementia in high income countries have ever had a diagnosis and less than 10% of those in low income countries. Day 2 (17 March) involved health ministers and their deputies/representatives from across the world. Issues such as improving dementia awareness, living well with dementia, and strengthening global leadership were well addressed. In addition some excellent contributions were made by young people with dementia, who reminded us that dementia is not solely an age-related condition and that younger people have human rights, including the right to a diagnosis and to timely appropriate service interventions.

Several key messages were communicated at this inaugural WHO meeting. The first is that governments must act more quickly and aggressively to tackle the current and future challenge of dementia otherwise the illness will effectively bankrupt economies and in this context, it was argued that some governments are ignoring the immediacy of the problem. The second is that sadly, we are probably a long way off finding a cure or effective treatment for dementia. Many different diseases cause dementia and many different theories exist to explain the causes of these same diseases. Alzheimer’s disease is a complex and multifactorial disorder that has a very lengthy pre-clinical statu and there is a need for a better understanding of the genetic mechanisms involved and for multiple risk factors to be targeted simultaneously. It was emphasized that clinical trials take too long, they cost too much, and often fail. The third key message is that governments can achieve much by educating the public about risk factor intervention, since the same risk factors that contribute to coronary heart disease, diabetes and cancer such as smoking, hypertension, obesity, and excessive alcohol consumption, also contribute to the risk of dementia. Risk reduction should be embedded in all public health policy.

It was encouraging to realize that based on the evidence shared at this high level conference, the key priority areas identified in Ireland’s very recently launched (December 2014) National Dementia Strategy– (i) improved understanding and awareness of dementia, (ii) timely diagnosis, (iii) enhanced health and social care services and (iv) increased investment in research, are the same core areas promoted by WHO in its campaign for global action on dementia. It was also encouraging to note that Luxembourg, in taking on the EU presidency in June 2015, has pledged to make dementia a key public health priority.

It is clear however that certain countries are more advanced than others in their policy response and in their approach to tackling the challenge of dementia probably because of a longer history of population ageing. Sweden for example maintains the world’s largest register of people with dementia. The Norwegian Ministry of Health has commenced a new dementia plan to reduce stigma and strengthen services. Efforts are being made to ensure that dementia will be a subject taught in all medical, nursing, and allied health courses in Norway. During 2013, China ran a very successful media compaign, sending out a very positive message to the public about the reality of living with dementia. Japan has initiated the world’s first dementia friends programme, which has been emulated by five other countries around the world. In an effort to destigmatise dementia, the Japanese have eschewed the word “dementia” and replaced it with cognitive disorder. The UK has a well developed memory service national accreditation programme. Luxembourg’s 2013 National Plan on Dementia takes a cross-sectoral approach and involves several different ministries. Their view is that a stand-alone approach to dementia is insufficient. One of the most intriguing and curious statistics highlighted during the conference was provided by Margaret Chen, WHO’s director general. When referring to the longevity revolution, she made the point that people are living two years longer every decade. This phenomenon has resulted in the new 29 hour day, meaning that for every 24 hours lived, five hours are gained. This was such a thought provoking and inspirational event and WHO must be congratulated for taking a leadership role here and bringing so many experts and interested parties together.

Suzanne Cahill is the national director of the Dementia Services Information and Development Centre at St James’s Hospital and research associate professor in the School of Social Work and Social Policy at Trinity College Dublin.  She has taught ageing and dementia courses to undergraduate students at Trinity College since 2000. She was the lead principal investigator for the research review titled Creating Excellence in Dementia Care, written to underpin Ireland’s first national dementia strategy, launched in December 2014.