How to prescribe when the evidence is lacking
•

Several observational studies have shown associations between using drugs with anticholinergic side effects—such as loperamide, loratadine, baclofen, amitriptyline, oxybutynin, or chlorphenamine—and cognitive decline. Links have also been shown with earlier death, falls, and admission to hospital with confusion and dementia. “But is this cause, or is it effect,” asks Margaret McCartney. Read her discussion of the little evidence that there is and what doctors should do, in this week’s No Holds Barred column.

• How should doctors decide on drug doses for obese people, when doses recommended based on trials are meant for people of ideal weight? Stephen Head writes about the uncertainty and guesswork involved, covering the most common conditions and drug classes. “A huge research agenda in pharmacobariatrics would lead to better clinical practice and would benefit obese patients, the health economy, and wider society,” he argues, calling for a drug formulary for obese people.

Research methods and reporting
• The Cochrane Collaboration initially developed the Grading of Recommendations, Assessment, Development, and Evaluation (GRADE) approach to assess the quality of evidence that addresses treatment questions. However, GRADE can also be used for the assessment of evidence about prognosis. Iorio et al explain just how to do this in a piece that is meant primarily for authors of systematic reviews of prognostic studies, but which is also helpful for doctors and patients who want to better understand the likely course of any patient’s disease. 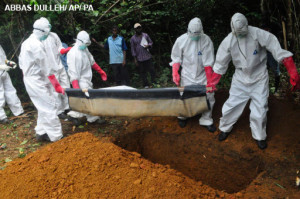 • Another research methods and reporting article explains the ins and outs of estimating case fatality in emerging epidemics from population level data. Using the recent epidemic of Ebola in west Africa as a case study, Atkins et al explain the importance of accounting for the time lag between reporting of cases and deaths, as well as country specific differences in under-reporting. Estimates from individual patients may be best, but can also be inaccurate in some cases.

No support for homeopathy, for any disease
• Australia’s highest medical research body recruited an independent contractor to assess the totality of evidence on homeopathy. Over 1800 papers were reviewed, from systematic reviews and guidelines to information from homeopathy advocacy groups. Based on 225 studies that compared outcomes in people receiving homeopathy with those receiving a control intervention, “the review found no good quality, well designed studies with enough participants to support the idea that homeopathy works better than a placebo, or causes health improvements equal to those of another treatment.” This chimes with the UK House of Commons Science and Technology Committee’s report from 2010, which advised the government not to endorse homeopathy within the NHS.