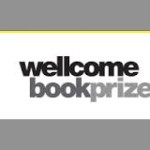 What links grief, the early suffragette movement, and evolution?

All are themes in books shortlisted for this year’s Wellcome Book Prize, announced by writer Bill Bryson at Wellcome Collection’s shiny new Reading Room in London earlier this week.

The Wellcome Book Prize celebrates “books for the incurably curious” that explore issues of medicine and, as Bryson put it, give readers a greater understanding of the human condition.

Ken Arnold, head of public programming at the Wellcome Collection, described how one of the goals of the prize, and of the collection more generally, is to bring together the worlds of art, humanities, and science. He believes that through books we can come to a more profound appreciation of health and wellness, and of illness and death.

Introducing the shortlist, Arnold said:  “Here are six wonderful books of both fact and fiction that offer powerful insights into the body and the mind, the practices of medicine, as well as the impact of death and suicide.”

The shortlisted books, as described by Bill Bryson, are:

The Iceberg by Marion Coutts (Atlantic) 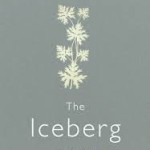 “Marion Coutts is a young artist whose husband tragically developed a brain tumour and slowly over time died. It is beautifully written, you feel almost as if you are reliving this experience with her in real time. It is an incredibly powerful book.” 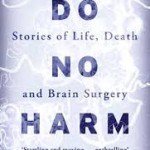 Do No Harm by Henry Marsh (Weidenfeld & Nicolson)

“Its incredibly absorbing. It talks a lot about the joys and triumphs of success but it is also unstinting in talking about the failures and the limitations of what doctors can sometimes do.” 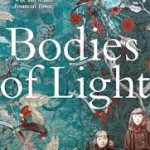 “It was the quality of writing that really sets this book apart. Sarah Moss is a remarkably, extraordinarily gifted novelist.” 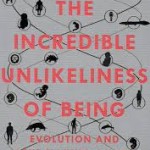 The Incredible Unlikeliness of Being by Alice Roberts (Heron)

“This is a book that gives you a lot of information t about things that we all ought to know about, but does it in a way that is thoroughly absorbing and engaging.”

My Age of Anxiety by Scott Stossel (Windmill Books) 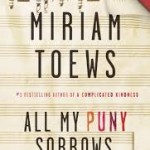 All My Puny Sorrows by Miriam Toews (Faber)

“Its a wonderfully uplifting, strangely moving, book that is very very funny and very likable.”

So are any of them any good? BMJ colleagues who have read Do No Harm have raved about it. One described Marsh’s novel as “gripping” and said his descriptions of surgery had her on the edge of her seat, adding: “I admired Henry Marsh’s honesty about his mistakes, and how long some of the tragic results lived with him. I was also interested to discover how, as he got older, he was less keen to operate and more prepared, in certain circumstances, to let nature take its course.”

Another colleague was underwhelmed with Bodies of Light, saying: “To be honest I can’t say that I enjoyed it, mostly because some of the characters are so vile. However, I would definitely recommend it to anyone interested in the women’s suffrage movement, the first female doctors and mother/daughter relationships.”

Bryson is chair of the judging panel tasked with choosing a winner. Joining him on the panel are professor of cognitive development Uta Frith, author Mark Haddon, broadcaster Razia Iqbal, and barrister Helena Kennedy.

The winner will be announced on Wednesday 29 April.

Navjoyt Ladher is a clinical editor, The BMJ.