• Patrick Vallance, head of research and development at GlaxoSmithKline, is the subject of BMJ Confidential.

Vallance says that his best career move was choosing to do what interested him rather than what was the “right next job.” It led to clinical pharmacology, research, and the job he has now. His guilty pleasure is driving fast cars and his most treasured possession is his dog, a Cockapoo called Mouse. 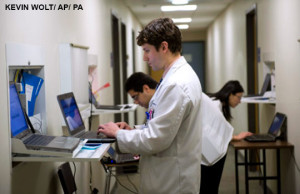 • If Farzana Rahman, a locum consultant radiologist, ruled the NHS it would make better use of technology. He argues that with better technology, the days of painstakingly checking results for different patients from numerous different systems would be gone. Every hospital system follows a simple algorithm that uses observations to help identify patients’ care needs, Farzana says. If observations were entered electronically, then this information could be processed automatically to give real time alerts to the relevant teams.

Better technology would also mean that consultants could log on to tablet computers to get up to the minute information for each of their patients. Updated information on patients’ location, blood results, wound hygiene, and nutritional status would mean ward rounds could be slicker, leaving more time for consultants to talk to and examine patients, he says. 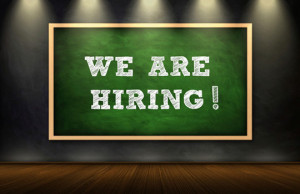 • The United States faces a shortfall of between 46 100 and 90 400 physicians by 2025, a report commissioned by the Association of American Medical Colleges has predicted.

Currently, there are about 767 200 practising physicians in the US. Although US medical schools are free to add students, the number of graduate medical education slots, which are largely funded by Medicare, is capped. As a result only about 29 000 physicians complete their postgraduate training each year and enter the workforce—too few, the report argues, to match the growing demand.

It found that systematic reviews and meta-analyses based on IPD are being under-utilised. The researchers recommend that guideline developers should routinely seek good quality and up to date IPD meta-analyses to inform guidelines. They said the increased use of IPD meta-analyses could lead to improved guidelines, ensuring that routine patient care is based on the most reliable evidence available.