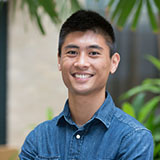 In the medical community, there are certain conditions that fall under the fuzzy category of medically unexplained syndromes (MUS). These syndromes, like fibromyalgia, chronic fatigue syndrome, and somatoform disorder, present with odd constellations of symptoms that neither physical examination nor diagnostic tests can explain. [1] To some members of the medical community, these are not diseases in their own right, but rather, clinical manifestations of underlying depression or some other biological or psychological condition. Given all the attention gluten is getting these days, I’m beginning to wonder if gluten sensitivity belongs in this category of MUS or is simply a result of the gluten-free fad.

From what I hear from my patients who claim to be gluten intolerant, the “disease” causes a hodge-podge of symptoms, including, but not limited to, stomach pain, diarrhoea, bloating, “chicken skin,” migraines, fatigue, mood swings, and weight gain. As a (medical student) doctor, I often struggle with how seriously I should acknowledge my patients’ concerns—after all, there is no scientific proof that the “disease” even exists. In a double-blind randomized placebo controlled trial, Australian researchers looked to see whether gluten ingestion could induce symptoms in people with irritable bowel syndrome but not coeliac disease. [2] Within one week, the group that ate gluten reported more pain and bloating than the group controlled on a gluten-free diet. The researchers concluded that “non-coeliac gluten intolerance may exist.” However, in a second, double blind crossover trial by the same Australian team, the researchers found that symptoms in people with self-reported gluten sensitivity were comparable on a gluten-free diet as on a high-gluten diet, conflicting with findings from their first trial. And thus, the great gluten sensitivity debate continues. [3]

Unlike gluten sensitivity, coeliac disease is real, and people with coeliac disease must be gluten-free to avoid abdominal issues, anaemia, arthritis, bone loss, seizures, and other potentially life-threatening conditions. [4-6] While gluten restriction is absolutely necessary for the 1% of the population with coeliac disease, gluten preoccupation has taken over a much larger portion of the population. According to the 2013 Dieting Monitor report from consumer market research firm NDP Group, 30% of adults said they wanted to cut down or be free of gluten. [7] Why? The answer is simple. It’s the same tactic that food companies use to deceive children into eating sugary cereals—advertising. Since the inception of the FDA-approved gluten-free logo, food companies have, once again, capitalized on the American public’s ignorance by stamping the logo on their newly reformulated gluten-free products, like their gluten-free cookies, gluten-free brownies, and gluten-free sodas, which traditionally never had gluten anyway (there’s also gluten-free shampoos). Food companies have lifted gluten-free to health halo status, misleading many consumers to believe gluten-free anything is superior. [8] As a result, consumers, my patients, are spending 242% more money on gluten-free products for health benefits that might not exist. [9]

In fact, people who unnecessarily shun gluten from their diets may be jeopardizing their health. Whole grains, which contain gluten, are rich in dietary fiber, and fiber has been shown to lower risks of high cholesterol, heart disease, obesity, and type II diabetes. [10] Whole grains are also packed with vitamins and minerals to build bones, prevent anaemia, protect against oxidation, and bolster immune systems. In many cases, gluten-free packaged foods are actually unhealthier than the original versions because they contain more added fat and sugar to compensate for the loss in flavor and texture when gluten is removed. People are also wasting extra money that could be better spent on fruits and vegetables. Most importantly, the gluten-free fad may detract consumers from picking up or adhering to dietary recommendations that are scientifically proven to promote healthier lives. It is possible that doctor’s advice to eat more vegetables or to reduce sodium may be disregarded at the expense of “already being gluten-free”—because let’s face it, it’s easier to eat gluten-free cookies than kale.

Obviously, more research needs to be done to better understand non-coeliac gluten sensitivity; but in the mean time, as a soon-to-be doctor, here are my recommendations. Don’t fall for the gluten-free marketing trend. Gluten free or not, packaged foods are not as healthy as whole foods. Eat fruits and vegetables that are naturally gluten free. Make whole grains part of your balanced diet. And please, consult your doctor before self-diagnosing yourself as gluten sensitive, because chances are, either there’s something else going on, or there’s something healthier you can do than to restrict yourself of gluten.

Alvin Chan is currently an MD student at the University of California, Irvine, School of Medicine and MPH student at the Harvard TH Chan School of Public Health. He is primarily interested in childhood obesity prevention and healthy food promotion.