The NHS friends and family test (FFT) was launched in April 2013 to support the fundamental principle that people who use NHS services should have the opportunity to provide feedback on their experience. [1] The results are submitted to NHS England monthly. When combined with supplementary follow-up questions, the FFT provides a mechanism to highlight both good and poor patient experience.

However, the FFT depends on patients’ experience, which may be subject to many cognitive traps, and by its nature is subjective. The first of these traps is the confusion between experience and memory. The second trap is the difference between happiness, satisfaction, and wellbeing. Hedonic psychology, which is the study of what makes experiences and life pleasant or unpleasant, shows that there are many issues concerned with the feelings of pleasure and pain, of interest and boredom, of joy and sorrow, and of satisfaction and dissatisfaction. [2] Daniel Kahneman, a Nobel Prize winner in Economic Sciences, in his famous TED talk in February 2010, insisted that there is a crucial difference between experience and memory. He gave an example of somebody who had been listening to a glorious symphony, and at the very end of the recording, there was a dreadful screeching sound which was bad enough to ruin the whole experience. But it had not. What it had ruined were the memories of the experience. He had had the experience of twenty minutes of glorious music. They counted for nothing because he was left with a memory of those final few moments. The memory was ruined, and the memory was all that he had kept. The converse can also occur, for example, a woman who experiences two hours of labour pain whose feelings turn into joy when she sees her newborn. She had the experience of severe pain for hours. However, the predominant memory is happiness and joy.

In fact, patients’ memories of unpleasant medical procedures influence their decisions about future treatment choices. [3] About 20% of women who refuse mammography cite the pain of previous examinations as their sole reason for not following subsequent screening recommendations. [4] Almost 10% of individuals who fail to visit a dentist describe the discomfort experienced during previous treatments when explaining their reluctance.[5] About 40% of patients who are mentally competent after surviving a cardiac arrest choose to forgo future resuscitation efforts, at least in part because of what they recall from their treatment. [6] These observations indicate that even a temporary noxious memory can have an enduring effect on patients’ behaviour. Moreover, the basic response of memories starts immediately. In a study done by Redelmeier and Kahneman, they studied consecutive outpatients undergoing colonoscopy who were medically stable, mentally competent, and able to speak English. [7] By random assignment, half the patients had an additional short interval added to the end of their procedure during which the tip of the colonoscope remained in the rectum. Pain during the procedure was measured with a ten point intensity scale. Memory following the procedure was measured. When guessing which of them felt they suffered more, you may think the answer was patients who underwent the longer procedure. However, when patients were asked “How much did they think they suffered?”, surprisingly, patients who underwent the extended procedure experienced the final moments as less painful ,and rated the entire experience as less unpleasant. The endings were very important and episodes of pain appear to be represented in memory by the features of particular moments. The worst memory was the one where pain was at its peak at the very end. Furthermore, rates of returning for a repeat colonoscopy were higher for those who underwent the longer procedure.

Moreover, Kahneman added, if you have a patient who has had two colonoscopies with two different surgeons and is deciding which of them to choose, then the one who is chosen is the one with the memory that is less bad. The experience has no voice in this choice. Both surgeons are clinically competent at colonoscopy. However, people actually do not choose between experiences, they choose between memories of experiences. [7]

Human psychology is complex and patients’ memories of the past may influence their decisions about the future. When asking people would you recommend this NHS service to your friends and family, we are asking them to use their memory about the service which may be completely different to the care they received and could be biased. Furthermore, their satisfaction of the service does not necessarily correlate with the standard of treatment they have experienced.

Therefore, from this point we think that the FFT is an unfair feedback tool of NHS services. Another objective tool is needed which is not as subject to psychological errors. 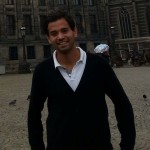 Mohammed Bahgat is a clinical research fellow and a PhD student in otolaryngology at the Betsi Cadwaladr University Health Board, Wales, UK.

Anirvan Banerjee is the editor of ENT News and a consultant in otolaryngology at the James Cook University Hospital, Middlesbrough, UK.

Judith Wright is a consultant in anaethesia at the James Cook University Hospital, Middlesbrough, UK.