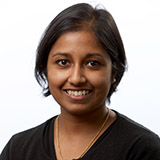 However clichéd it may sound, like most medics I wanted to be a doctor to help people. While we strive to do the best for our patients, there will be times when things go wrong. Mistakes happen—no one is infallible. We would all like to think that in the aftermath of an error, we would be the ones to log it officially, invite scrutiny, and be willing to reflect and learn. This is certainly how the General Medical Council (GMC) would like us to behave and how I would advise my members to react. But how realistic is such behaviour in the current environment in which doctors work?

When I first started practising, the worst thing I could imagine happening was a doctor being sued or receiving a complaint. How things have changed. Doctors are regulated from a growing number of external organisations, such as the GMC, NHS England, and the Care Quality Commission, as well as by the internal policies and guidance of their employers. It is not uncommon to see one single error lead to years of investigations by multiple agencies—a situation known as multiple jeopardy. And now we can add the police to the list.

No one could have missed the recent high profile criminal trial of a trainee obstetrician accused of performing the abhorrent practice of Female Genital Mutilation (FGM) after a delivery. The GMC is still investigating. The Medical Protection Society successfully defended the doctor at the criminal trial, with the jury taking less than 30 minutes to decide he hadn’t performed FGM. While it may be true that doctors should expect to be more resilient to the rising number of complaints, it cannot be right that they work in fear of discipline or being questioned in a police station. It has left many, including me, questioning the ever increasing laws and regulation bearing down on healthcare workers.

The concerning new offence of wilful neglect is looming on the horizon—has it really been thought through? It is possible as things stand that the triaging, resourcing, and rationing decisions that doctors have to make daily could fall within the scope of the offence. As the legislation stands, if a doctor “wilfully neglects” a patient even if they don’t suffer harm, they could have committed an offence. What the legislators have failed to appreciate is that it is quite common for a medic to have two sick patients, and to have to make a judgment call on whom to see first. There may also be unfilled posts leading to delays in attending to patients in A&E. Can the doctor really have committed a crime?

So, on the one hand we want to be circumspect, reflective, and create a culture of openness, while on the other, we are constantly mindful of the worrying consequence that might befall us should we own up to a mistake. Of course I am not saying that doctors should be above the law—it has to be about necessity and proportionality. Working in a culture of fear is not going to help anyone, least of all patients, and is adding the weight of the criminal law really going to avoid poor practice and promote openness?

Pallavi Bradshaw is a medicolegal adviser at the Medical Protection Society. She supports and advises doctors in the UK and abroad and is the Asia cases team leader. She writes on medicolegal topics and is lead media spokesperson.