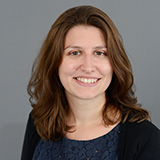 We are all prey to systemic amnesia, and in the final 100 days before the 2015 general election, we need to be mindful of the particular vulnerability of the NHS to political soul searching. After all, the NHS has, as the Institute for Government notes, been reorganised 20 times in 41 years.

Clearly, change is not new to the NHS, even while its foundations have remained strong. Throughout its extraordinary history the NHS has adapted to patient needs and medical advances, evolved and innovated. It is internationally renowned for its “world-leading … commitment to health and healthcare as a human right,” and ranks first among comparable countries for quality, access, and efficiency.

Yet it is now facing an unprecedented combination of the need for radical service change at pace and scale; demand for existing care growing unremittingly; and funding pressures threatening its sustainability and ability to invest.

Persistently one of the top three issues concerning voters, the NHS will draw any new government’s attention. How can we learn from the past decade of the service, and embed and improve what we have while avoiding a cycle of change driven by political expediency or crisis?

For all the debate about the likelihood of rainbow coalitions and minority governments, the underlying commonality in the polls right now is that no one expects a landslide victory for any party. Which means the government that either party ultimately leads will likely have to steer a difficult course between centrist policies—choosing its battles with the other side—and the party fringes—who may well hold the balance of power.

In that context, major change will be hard won, and political capital precious. So when it comes to the NHS, how best to use that capital? And where will politicians be tempted to focus?

A quick flick through the political playbook may help answer the latter question. What is the instinct of any government, under funded and under pressure? Legislation and regulation. Needing to show action and seriousness, the instinct will be all the greater with the NHS’s array of arm’s lengths bodies allowing for less direct departmental control. This may be as understandable as it is inevitable, but it risks a tactical response to problems whose impact could reverberate across a generation.

No one would argue against the fundamental importance of proportionate, risk-based rules and regulation in ensuring agreed standards of care which protect the public and ensure our safety. However, unwieldy or unnecessary legislation and regulation can unsettle the landscape and undo developing plans; can blur accountabilities; can create a burden out of proportion with benefit; and can distract from what really makes things happen—that is, the right people and resources working together over an extended period to achieve a shared goal, and being held accountable for doing so.

Where legislation and regulation are the chosen tools—hopefully after careful reflection on the National Audit Office’s review, Using alternatives to regulation to achieve policy objectives—then they must be set up for success.

Regulation is about assurance. When it comes to the NHS, it cannot directly prevent poor care or impose good care. Yet it can assess whether the governance mechanisms are working to ensure minimum standards are and will be consistently met. That should be its remit. Meanwhile, legislation can set up and tear down structures; endow rights and responsibilities; reflect and apply an ethos. These are remarkable and valuable attributes, and they need to be put to work carefully for the NHS—existing through real world necessity and encompassing a holistic view of the expected impact on our health service, its workforce, and the patients and public it serves.

So back to the question facing the next government: how should it make best use of the collective resource and talent within the NHS from day one and beyond?

The NHS is the big beast of public services, immutable in political hearts and minds. Yet change is coming—the Five Year Forward View will make sure of that. The compass it provides deftly balances over a decade’s worth of discussion. It largely ignores how services are run and regulated, where they are, how many there are. It looks at modern patients, the services right for their needs in the 21st century, and the money to achieve that. In effect, the Forward View has become the collective manifesto of the NHS.

Having been largely accepted by the main political parties, and drawing a remarkable degree of consensus across the sector and other commentators, the questions the Forward View raises are the ones the parties should be spending their political capital on.

So, number one: get serious about funding the NHS properly. You can’t have the best on a shoestring. What’s more, you can’t have both today’s and tomorrow’s health services at the same time on the same old budget. Don’t make the NHS the next guy’s problem. If proper funding is continually pushed down the agenda, it will always be there, government after government. And the costs—social and economic—will go up and up. Distress will deepen. Recovery from underinvestment is not a linear case of pound in, pound out; it is exponential because returning to a given level means re-accumulating the steps taken along the way. This is inescapably an issue of national importance. Set up an Office for Budget Responsibility for Health, work out what the NHS needs, and go from there—rather than going from where we are and seeing what else could be pushed its way. Do the same for social care. Get cross-party agreement on where the money is coming from. Otherwise, the NHS can never be off or down the agenda.

Number two: create the local incentives and confidence to invest in change. Board directors have a legal duty to look after their organisation. It takes immense personal, professional, and organisational maturity and stamina to look across a local health economy, to see that providing the right services for patients means a radically different configuration and set of skills, to recommend that approach, and to make it happen. And that’s ignoring the confounding dichotomy of NHS providers being under pressure both to change their services and keep them the same, with politicians nationally siding with change, and locally siding with the status quo. Change becomes even less probable when that scenario needs to be played out again and again, up and down the country. So local NHS leaders need to know that the system is stable and that they have the support of the centre—that honesty will not be met with derision or kneejerk sanctions; that patients come before politics; that it’s understood that nothing works until it has had time to work; that they will be proactively asked “what can we do to help?” and that they will see an answer that matches the problem.

Number three: focus on good governance and clear accountabilities. An organisation can only be held to account if it has been in control of its operation. Too often, NHS providers’ autonomy and accountability are diluted by centrally mandated requirements. This undermines the links between patient needs, provider services, and care quality. Instead, seek evidence of good corporate governance in the exercise of autonomy. In doing so, the centre would support board capability and organisational effectiveness, and could be confident of the capacity for sustained improvement and high-quality care across local health economies.

These moves would shift the balance between the centre and the localities, and help create a steady state for the NHS. Through clarity and stability, the centre can create an enabling environment in which NHS providers and their local health economy partners can thrive, and where the full potential of the NHS’s compassion, talent and ambition is realised.

Ferelith Gaze is the head of public affairs, NHS Providers.