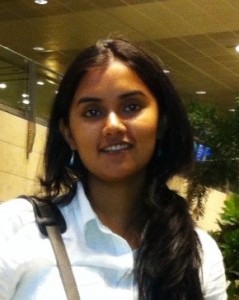 We were given a brief but thought provoking presentation on the numerous challenges in these informal settlements, which was followed by a visit to Khayelitsha. Our tour guide, a self-declared “experience expert” of the settlement, “entertained” us with lively stories about his past in a local gang and by detailing what life was really like in a tough place such as Khayelitsha; for example, for kids trying to go to school. We learnt a great deal from his insights, in a way that dry statistics and figures can never achieve.

Listening to the academic presentation and our “experience expert,” I was struck by how similar the landscape sounded to Dharavi (in Mumbai, India)—another informal settlement, thousands of miles away—where I once did an internship, trying to understand the public health challenges that prevailed there.

Mumbai, like Cape Town, is well known for luxurious lifestyles coexisting side by side with some of the worst slums in the world. Both are aspiring world class cities filled with beautiful skyscrapers and good amenities. But they also share the burden of rapid and often problematic urbanisation. Despite their different histories, the current challenges in these settlements look quite similar. In South Africa, they represent a legacy of apartheid planning, which even today causes enormous difficulties, including in terms of urban planning. On the other hand, Dharavi was once a fishing village, which gradually turned into a hub to which poor people from different states migrated. Today, it stands as a marker of gross inequality in Indian society.

Like Khayelitsha, Dharavi is a small city within a city. The day in Dharavi starts with queuing for public toilets with your small water pot, with small children sitting beside the open drains of houses. There are long queues at public water taps, to fill up the blue coloured plastic storage drums. There’s cooking in small rooms without windows, making one cough and choke. Waste thrown in drains or dumped in public open grounds for disposal. Often overflowing, the drains are common sites to spot rodents, food waste, or faeces. They serve as a breeding place for mosquitoes too.

Employment is mostly informal. People do small scale work from home: they make pottery, leather, and textile goods, and they recycle plastic and metal. Alternatively, some people work in small factories, where job insecurity is huge. A constant worry for residents is their health status, with cases of tuberculosis, recurrent diarrhoea, skin ailments, and unintentional injuries all very common. Dharavi is a societal mirror reflecting our unexplainable tolerance for huge structural differences and inequities. For some reason, these horrendous disparities do not cause large scale indignity and social disruption.

In Dharavi, delays in the provision of housing and employment by government departments reached a tipping point long ago. Now people rely on informal channels to survive after waiting long enough for formal government schemes to materialise. They take loans and assistance from informal money lenders and local leaders to set up small scale (and often unauthorised, illegal) work units and housing.

Informal arrangements and self-organization have replaced formal and top-down attempts to resettle populations. It is clear that the top-down initiatives of urban planners have been futile in the past, perhaps because planners focus only on formal networks, and also because of corruption and limited land and funds. The challenge of urban slums represents a complex web of problems, involving both formal and informal networks, which cannot be reduced to smaller parts or even sectoral responses. Instead of the linear and top-down approaches, which have been so far tried by governments without much success, room should be made for more adaptive thinking, where people in these settlements are not seen as a challenge, but as part of the solution.

Indeed, tackling the challenge of urban slums may require that we reframe it as a complexity challenge, identifying and taking into account different undercurrents: the informal networks, which often have a profound impact, and informal local leaders with the capacity to mobilise and assist in organising resettlement (or finding another solution). Complexity thinking involves being aware of uncertainties, doing pilot projects to induce learning by doing, and courting bottom-up involvement.

The challenge of urban slums is a multilevel governance challenge. Not involving communities is a non-starter. It also requires collaboration among government departments and a constellation of actors, which include civil society and private sector stakeholders.

At the global level, neoliberal globalisation has led to booming trade, but also very unequal societies (many farmers in India have migrated to these slums, as they could not survive anymore on their farms). This too has to be addressed with global, national, and subnational policies, while at the same time acknowledging that there is a lot of uncertainty in complex, nested, and co-evolving systems.

This is not very controversial—not in the broader development community. This is exactly what the new set of sustainable development goals (SDGs) aim to do—at least in principle. They have been developed through a more consultative process (than the more top-down millennium development goals process) and try to look at economic, social, and environmental development in a more integrated and holistic manner. They also articulate flexible, tailored targets developed through participatory processes for regional, national, and subnational levels—leaving behind one size fits all solutions.

How these more holistic frameworks will work out in practice is, of course, an entirely different question. But we can at least begin to approach the challenge of urban slums with a similar, if more complex, lens. Therein lies the hope for more equal societies for all.

Shinjini Mondal is a research associate at the Health Governance Hub, Public Health Foundation of India.