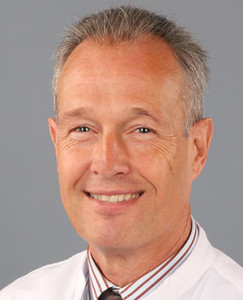 Meta-analyses can be dull reads, but, when done properly, they are the best summaries of available evidence for doctors to base their decisions on. Today we see two new meta-analyses on diabetes and cancer, a new reporting statement for meta-analyses, and finally, if you have read all these, you can test yourself in the Endgames quiz that deals with meta-analyses too.

Studies up till now have given conflicting results, but this meta-analysis of nine prospective studies with more than 2400 patients with pancreatic cancer by Wei-Chih Liao and colleagues from Taiwan gives us a clear answer: they found a linear correlation between fasting blood glucose concentration and the rate of pancreatic cancer.

The other meta-analysis is much broader in scope: it tried to summarise the evidence on diabetes as a risk factor for cancer. There is a large body of literature claiming that this is the case for 20 different cancers, but uncertainties remain: the observed associations between type 2 diabetes and cancer could be either causal (for example, caused by hyperglycaemia) or because of confounding from common risk factors, such as adiposity. If causal, these associations might be of great importance for public health given the substantial global burden of these diseases.

Konstantinos K Tsilidis and colleagues from Ioannina, Greece, did a meta-analysis of 27 meta-analyses on the association of type 2 diabetes and various cancers with a specific attention for biases. The results are sobering: many meta-analyses were small (<1000 cases), had considerable heterogeneity, and did not account for small study effects. The authors found that of all claimed associations between diabetes and cancer, only robust evidence was seen for breast cancer, intrahepatic cholangiocarcinoma, colorectal cancer, and endometrial cancer.

This is a good illustration that quality standards for conducting and reporting meta-analyses are welcome, and the PRISMA-P group has taken this further: they have compiled a list of items that should be addressed in protocols for meta-analyses.

To finish in style, Philip Sedgwick deals with reporting biases in meta-analyses in the Endgames quiz, which, as always, has a very good example to illustrate his points.