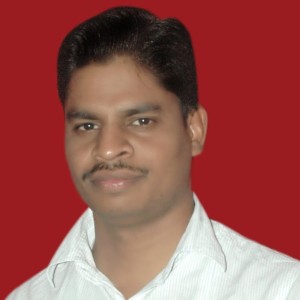 It was just another day at the primary health centre (PHC) that I work closely with in the south Indian state of Karnataka. I was in the pharmacy of the PHC, discussing the availability of medicines for diabetes and hypertension with the pharmacist.

Meanwhile, an elderly woman arrived at the dispensary window along with a small diary. She had come for her monthly refill of anti-diabetic medicines. She passed her book through the window to get her monthly supply of medicines. The pharmacist returned her diary. “These medicines have not been available for a month, buy them at the private pharmacy outside,” he said.

I looked on as the woman stared back with a blank face, unable to understand why there were no medicines in the PHC. She repeated her request, this time emphasising that she was poor and had travelled a long distance to the PHC to get the medicines. She would not leave without her medicines. The pharmacist was able to “manage” the situation eventually, by convincing her that no amount of appeals could work as there were no medicines at the PHC. The woman left the PHC saying she would return next month.

This is no isolated incident specific to the PHC that I was visiting. In most of rural India, patients who are poor and/or older routinely visit PHCs in the hope for free medicines, often promised by one government scheme or another. But the situation has not changed much in many states of India. Along with my colleagues, I have been visiting various PHCs in Karnataka. Pharmacists keep telling us about frequent stock-outs and an erratic supply of medicines. This especially affects patients with diabetes and hypertension, many of whom are older patients.

Diabetes, a major risk factor for stroke and kidney disease, also contributes to increased death and disability. According to the Diabetes Atlas 2006, published by the International Diabetes Federation, the number of people with diabetes in India is currently around 40.9 million and is expected to rise to 69.9 million by 2025, unless urgent preventive steps are taken. Similarly, 118 million people were estimated to have high blood pressure in the year 2000, which is expected to go up to 213 million in 2025.

The health service’s response to the epidemic nature of diabetes and hypertension is the National Programme for Prevention and Control of Cancer, Diabetes, Cardiovascular disease, and Stroke (NPCDCS). The programme was piloted in 100 districts (of the 646 districts in India) during 2010-12, and is still active, with plans for the programme to be rolled out to more districts. Doctors and many health workers are being trained to provide care for non-communicable diseases. Early screening and diagnoses are being carried out for people who are age 40 and over. However, the programme, as with many others, suffers from the consequences of a poorly financed and sub-optimally functioning health system.

We found that many people who have been diagnosed with diabetes or hypertension do not have any clear idea about what they have to do in terms of taking treatment or lifestyle adaptations. Neither the PHC, nor the hospitals at the sub-district and district level, are equipped to manage chronic conditions such as diabetes and hypertension. To begin with, most of these facilities do not have a regular stock of medicines or diagnostic reagents. There are no special staff to counsel the patients about the disease and its management. Continuity of care is affected because there are no records of the patient, so a clinician has no idea about the past treatment history of the patient. This is all the more important as many patients in rural India are semi-illiterate.

Care and follow-up for diabetes and hypertension involves a lot of lifestyle modification. However, it is not entirely about people’s lifestyles; there is a need for medicines too. In spite of increasing the money invested in government services, several management gaps have resulted in the poor availability of medicines in government centres, unnecessarily pushing people to rely on private pharmacies, and thus disadvantaging patients who are poor and/or older. Even the most basic medicines for diabetes and hypertension, which are a part of the state’s essential drugs list—Metformin, Glibenclamide, Atenolol and Amlodipine—are not available for several months in the year in many PHCs.

I recently heard the news that the NPCDCS programme is going to be expanded to some more districts in India. This brings up the question of what lessons have been learned from the piloting of the programme. How is this programme going to deal with the problem of access to medicines, which is affecting all health programmes, be it infectious diseases or others?

While many states in India are thinking of new programmes and initiatives for many diseases and health conditions, it is very important to first address the basic issue of availability of medicines—an unfortunate victim of the poor management of public services. The ill effects of this are mostly borne by those who are poor and older, and who depend on our public services.

Bheemaray Manganavar is a researcher at the Institute of Public Health, India. He is interested in strengthening primary health centres and the district health system.