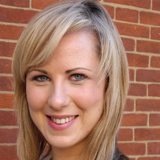 No, that isn’t the latest political outpouring from Russell Brand—it’s the theme of two recently published papers in The BMJ.

Authors in Australia wanted to find out if the meme “armchair socialist” held any weight. You know the type—those people who tweet with fervour from their sofas during Question Time, but seem to be fully reclined when the revolution comes. They attempted to test the validity of the concept of left wing “armchair socialists,” and whether they sit more and move less than their right wing and centrist counterparts.

Those hoping that socialists succumb to the ills of a 21st century sedentary lifestyle and wipe out their vote through concurrent greed and gluttony, however, might be disappointed. That said, UKIP’s Nigel Farage might well be celebrating too.

“The findings refute the existence of an ‘armchair socialist’; people at the extremes of both ends of the political spectrum were more physically active, with the right wing reporting 62.2 more weekly minutes of physical activity (95% confidence interval 23.9 to 100.5), and the left wing 57.8 more minutes (20.6 to 95.1) than those in the political centre.”

Not so, says the Daily Mail, who gave the authors’ conclusions a slightly different spin.

“People who hold strong right wing views do more exercise and spend less time sitting down than those at the centre or the left of the political spectrum, according to a study” adding: “There may be such a thing as an ‘armchair socialist’, the study found, as centrists and left wingers spent a similar amount of time sitting down.”

So that’s socialists dealt with, but what about the debunking of the idea of “Male Idiot Theory”?

And as Buzzfeed quipped: “Finally, hard evidence to back up what we’ve always suspected.”

The authors analysed the recipients of the Darwin Awards and found that they were overwhelmingly awarded to men (for those who want to know the statistical significance of this conclusion P<0.0001). The winners of said award must have been eliminated from the gene pool and the “candidate must show an astounding misapplication of common sense,” according to two of the criteria.

Those who are unaware of the Christmas BMJ tradition might have been caught blissfully unaware about the tongue in cheek nature of some of the “scientific” research. Indeed, it seems some newspapers—and responders—missed that the “outcomes” need to be interpreted with the utmost caution. (For said people, this overview in the NYT might help.)

One blogger noted: “The press release was widely quoted in major German newspapers so far, so it worked quite well! Either journalists don´t read studies behind press releases or they don´t get British humour. Or both.”

But not everyone saw the funny side—with some readers even going so far as to say it was overtly sexist. “The Editorial board of this journal needs to explain why it allowed this study to appear in BMJ given its overt appeal to sexism against men and misandry,” one Australian astrophysicist complained.

“Imagine if a study was done claiming that women were not as smart as men because most of the world’s top mathematicians and physicists were men,” he added.

Steve J Deeley, a Swindon based lawyer, was similarly unimpressed. “I found the publication of this study astonishing. If a woman crashed her car because she was applying her makeup while driving, would we the take this as evidence of a trait of self-destructive vanity in all women?”

One peer reviewer was particularly aggrieved. “The Editorial Board of The BMJ needs to explain why they allowed this study to appear in The BMJ given its overt appeal to sexism against men, poor methodology, and inappropriate language,” he complained.

We await a response.