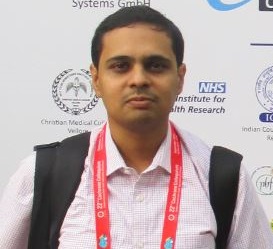 In 2009 snakebite was added to the list of neglected diseases by the World Health Organization (WHO)—the first official recognition of it as a health problem.

But the true burden of the disease, particularly in India, came to light only in 2011 when the Million Death Study reported that there were about 46 000 deaths each year owing to snakebites. Other than a few occasional whispers in the academic corridors, and one occasion where snakebite was raised in the Indian parliament, no one was really talking about it.

In January 2013 I wrote a feature for The BMJ, “Snakebite: a forgotten problem,” probably unintentionally marking the start of a flurry of activities in this domain. Two months down the line, I attended the protocol development workshop for the national survey of snakebites in India at Christian Medical College. And a few months further down the line, I was actually witnessing the national study being shaped up while working at the South Asian Cochrane Network and Centre.

While only a handful of the study centres for the national study have actually become operational, the epistemic community that grew as a result of the workshop—and the parallel efforts of the Toxinological Society of India—have led to intense advocacy and discussion on almost all issues related to snakebite.

In October this year, the Indian Council of Medical Research, the apex body of medical research in India, gave for the first time (to the best of my knowledge) a focused call for research proposals on snakebite. The very adequately timed grant has a huge scope, and will provide a stimulus for research on all aspects of snakebite: epidemiology, clinical, translational, etc.

In the last week of November 2014 I was invited to TSICon, the annual conference of the Toxinological Society of India, to deliver the lead theme lecture for the roundtable discussion on “Identifying Research Priorities and Setting Research Agenda in Clinical Toxinology with a Focus on Snake Envenomation.” In the theme lecture I talked about how the current research milieu leads to research waste. And I also discussed the positive role that a transparent and evidence based priority setting process can have in prioritising research to ensure the optimum use of public money for funding of research, which has real potential to produce better outcomes. (Slides from the talk available here.)

The discussion moved to the need for prioritising research in the snakebite domain, but the main issue that came into the spotlight was the lack of epidemiological data, which prevents understanding the actual burden of the problem and planning for tackling the problem “by its horns.” The discussion also focused on the need to raise more awareness about snakebites. Too many people in India die because of delays in seeking proper medical attention, often caused by initial attempts to seek treatment from traditional healers or “Ojhas.”

While there is still a long way to go before we accrue any real change, the fact that snakebite research is no longer being ignored—and that the toxinology scientific community in India is open about the newer ideas of using empirical methods to explore, evaluate, improve, and identify priority research questions—harbingers the mark of a new era.

Disclaimer: The views and opinions expressed are solely those of the author and personal in nature. They are not the views of the institution or its funders.

Soumyadeep Bhaumik is a biomedical genomics fellow at the BioMedical Genomics Centre, Kolkata [an autonomous institution aided by Department of Biotechnology, Government of India (National Institute of Biomedical Genomics, India) and Government of West Bengal (IPGME&R, Kolkata)]. He is also a member of the Cochrane Agenda Setting and Priority Methods Group (CASPMG). He tweets at @DrSoumyadeepB.

Competing interests: I have read and understood BMJ policy on declaration of interests and declare that my travel and accommodation for the protocol development workshop in 2013 was funded by the South Asian Cochrane Network and Centre at Christian Medical College, Vellore. No other competing interests to declare.