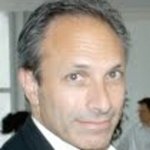 There is a public health crisis that is threatening the health and lives of men, women, and children across our planet at an alarming rate, and the richest nations are affected as well as the poorest. And the sad truth is that many nations in the world have not made addressing the crisis a high enough priority to successfully combat it. We are not talking about Ebola, which has claimed the lives of some 5000 people worldwide. Malnutrition—in the form of stunting, obesity, heart disease, and early death—affects at least 2 billion people worldwide.

These numbers gave urgency to the writing of the Global Nutrition Report, released on 13 November, which aims to accelerate global malnutrition reduction by strengthening our collective ability to hold ourselves to account for commitments made and by identifying new commitments. The report was convened by over 30 countries and organizations and was delivered by a global independent expert group.

In order to make rapid strides in reducing malnutrition, the report addresses the many misconceptions that interfere with progress.

• Malnutrition only affects low and middle income countries. Wrong. Nearly every country on the planet crosses a public health red line on nutrition. Infant graves, wizened children, obese adolescents, diabetic women, and men with heart disease—all are symptoms of combinations of poor diet, infection, and lack of exercise. In the US, anemia in women of reproductive age is actually increasing. Malnutrition is every country’s challenge.

• The co-existence of the above forms of malnutrition in the same country is rare. Think again. Nearly half of all countries are experiencing multiple forms of malnutrition. We need to recognize the complexity, not ignore it, and plot policy and program pathways through it. Complexity is not an excuse for inaction or the suspension of belief; it is a driver for nutrition innovation.

• Countries are not making progress on nutrition. Not true. Globally, we are not on course to meet the World Health Assembly targets, but many countries are making remarkable progress. Nearly 70% of all countries are on course for at least one WHA target. Over the past seven years Maharashtra, the second largest state in India with a population of 100 million, decreased child malnutrition at the same rate as China did 10 years ago.

• Our nutrition targets are too ambitious. Not necessarily. Those targets were established on old data and in the absence of new political and funding commitments. New data in the report show much faster than anticipated progress in India; new funding commitments from governments and donors; and increasing political commitments, as witnessed by increased country membership of the Scaling Up Nutrition (SUN) movement and a new “Nutrition Mission” in the largest state in India, Uttar Pradesh, which contains 8% of the world’s stunted children. New targets should be established for 2030 that are substantially more ambitious than the 2025 WHA nutrition targets.

• Nutrition actions are being scaled up. They are, but not quickly enough. Different countries are doing well on different programs. If we could put Honduras’ performance on infant and young child feeding together with Malawi’s performance on early initiation of breastfeeding and Bangladesh’s performance on zinc treatment of diarrhea, we would really see rapid progress. We need more practical lessons on how various countries have scaled up different interventions.

• Nutrition is well represented in the post 2015 debate. Not at all. Only one of the 169 proposed global development targets planned for 2015 refer to nutrition. Given that 45% of deaths of children under the age of 5 are owing to poor nutrition, this is not good enough. Nutrition is central to sustainable development. The benefits of a good start in life—the first 1000 days from conception to the age of 2 is a crucial window of opportunity—cascade through the life course and across generations.

• It is easy to see who is and is not doing their job to improve nutrition. It isn’t. It is difficult to identify commitments to nutrition (comprehensive nutrition budget data is only available for a handful of countries) and progress on nutrition outcomes is hampered by incomplete data (half of all countries do not have the data to assess their progress against the WHA targets). The Global Nutrition Report outlines priorities for a much needed data and accountability revolution in nutrition.

We note that all countries have accountability gaps to fill. No country has data for all 84 nutrition indicators. Whether researchers or ministers, civil society advocates or businesses, frontline workers or United Nations agency staff, we need to work hand in hand to strengthen accountability, and implement actions to accelerate improvements in the world’s nutrition.

And this is the final misconception: there are no silver bullets in the fight against malnutrition, only golden alliances of nutrition champions working together to end malnutrition by 2030. Become one. Today.