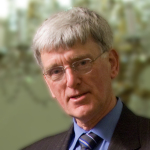 An exhibition celebrating Richard Asher (1912-69), perhaps the greatest medical wordsmith of his generation, opened last week at the Royal Society of Medicine, London.

Asher was acclaimed as a superb diagnostician, as well as for his clarity and wit in both the spoken and written word. His 1947 paper in The BMJ, The Dangers of Going to Bed, which challenged the value of excessive bed rest, was hailed as one of the most influential papers of all time. Asher wrote that while rest was essential in the management of many illnesses, he wanted to “disclose the evils of overdose.”

Asher also highlighted “a common syndrome which most doctors have seen but about which little has been written.” He named it the Munchausen Syndrome after the eponymous German baron (1720-97) who told far-fetched stories about his military exploits. Like the infamous baron, Munchausen patients “have always travelled widely and their stories . . . are both dramatic and untruthful.”

His waspish reviews could sting. For example, an author of a textbook “certainly knows what he is talking about, but I am not sure his readers will.” Another author was “like many others who feel uncomfortable in the world of sense, he tries to sell us tickets to the land of nonsense.”

The son of a clergyman, Asher qualified in medicine at the London Hospital in 1935 and married the oboist Margaret Eliot in 1943. They had three children, all of whom achieved popular fame: Peter, as part of the pop duo Peter and Gordon, and Jane and Clare, as actresses.

The RSM exhibition is based on a collection of Asher’s papers and letters donated by the family. He collected copies and offprints of almost everything he wrote for the medical and consumer press. The collection includes his observations on malingering patients—and a self-deprecating story about how literally getting two year old Jane’s knickers into a twist taught him to be cautious about diagnosing faked illness. 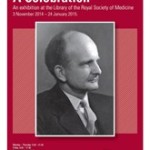 e Sunday . . . I promised that . . . I would get her up from her afternoon rest, dress her, and take her for a walk. I performed these duties without loss or dignity, until the walk started. Then there was trouble. The child kept falling to the left; she walked with a ridiculous scissor gait and she fell frequently to the ground. She said she had a pain. She behaved abominably, and I spent a wretched afternoon in Park Square West attempting to coax her into good behaviour. I knew this was sheer devilment, a malignant, aggressive demonstration against the father figure; I would not submit.

At last my wife returned and undressed her for her evening bath. There was a sudden cry: – ‘Do you realize you’ve put both her legs through the same hole in her knickers?'”

The exhibition in the RSM library runs until 23 January 2015.

​John Illman is a freelance writer and a former chair of the Medical Journalists’ Association.