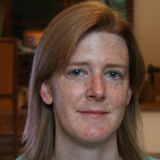 The 45th Union World Conference on Lung Health, recently held in Barcelona, opened with the health ministers of South Africa and India making bold commitments to address and reverse the tuberculosis epidemics in their countries. Five other countries also committed to ending TB, resulting in the birth of the Barcelona Declaration on TB.

This political commitment is desperately needed. The recently published World Health Organization Global TB Report 2014 highlighted not only the increasing number of cases, but also the growing crisis in tackling drug resistant TB. The reality for those infected with multidrug resistant TB (MDR-TB) is that they have only a one in eight chance of being identified, correctly diagnosed, started on treatment, and cured. This is not acceptable.

Amid the political statements, the Union conference highlighted critical gaps that help explain the continuing increases in direct transmission of drug resistant TB and the poor outcomes for its treatment. The Médecins Sans Frontières (MSF) “Out of Step” report, released at the conference, identifies five deadly gaps in the TB response:

1) poor access to drug resistance testing;
2) the growing number of people diagnosed with MDR-TB who are left untreated;
3) continued use of outmoded and costly models of care;
4) limited access to promising new and repurposed drugs; and
5) dire funding shortfalls.

The themes of the MSF report were echoed in several conference sessions, which discussed the various gaps in the patient centred care approach that persist despite international experience and guidance supporting these models. For example, a symposium arranged by MSH (Management Sciences for Health) highlighted the challenges and gaps in medication and psychosocial counselling. 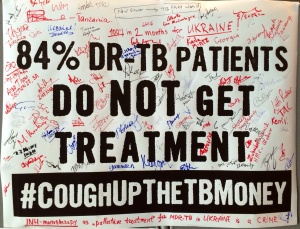 And the #coughUpTheTBMoney campaign, led by civil society activists from across the globe, highlighted the deadly funding gaps in TB research and development—as well as the gaps between newly developed TB drugs being registered and actually being used in patients.

Solutions to these gaps were suggested, including novel models for the looming research and development crisis. The community corner gave an opportunity for community driven debates on the appropriate responses—a voice that is often lacking. Debates ranged from the challenges of the language we use in TB, to discussions around access to new and group 5 drugs.

The strong political commitment to end TB that opened the conference needs to be more than words—and it needs to be acted upon now. The gaps highlighted need to close and fast if we are truly going to turn this epidemic around. There is no lack of potential solutions, but a great lack of urgency in the response. As former MDR-TB patient and activist Zolelwa Sifumba says in her blog: “We all play a vital role in this fight and we need to take action . . . We need to demand action!”

Next year, when the Union Conference moves to Cape Town, we need to see substantial progress in closing the gaps, with no excuses allowed—we need to see that action has been taken and the gaps have been closed.

Grania Brigden is the TB adviser to the Médecins Sans Frontières (MSF) campaign for access to essential medicines.

No competing interests to declare.