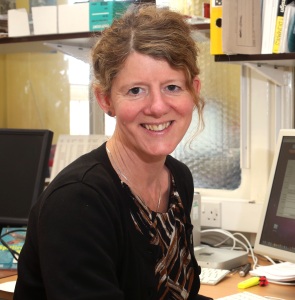 The role of UK medical professionals overseas often captivates the public, especially when there are dramatic scenes and mass suffering. There is something about war zones and huge natural disasters which especially capture the imagination and interest. But why? Is it the indiscriminate destruction of innocent life, the number of casualties, or the danger to those who try and help, which makes these situations so compelling?

Are the public touched because the media features such stories and the part their countrymen play in providing assistance—or because there has to be a limit to the amount of acute suffering we can bear, and wars and natural disasters are fortunately finite?

Getting interest in, and funds for, medical help in these situations seems straightforward, and plastic surgeons (among others) often give their time and expertise to provide hands on assistance. But there is another type of overseas aid, a less dramatic kind, where our skills can be used to develop those of local professionals and produce a sustainable improvement in quality of care, but which seems somehow less media friendly.

I work in burns, which is a form of trauma. Burn injury is considered by the World Health Organization to be “the forgotten global public health crisis.” Every day, 31 500 people are burned badly enough to seek medical care. In the developing world, people are burned for many reasons. We are familiar with the dramatic and multiple casualty ones: war, siphoning off petrol from pipelines in Nigeria, clothing factory fires in Bangladesh. But what about being set on fire by your husband or his relatives? Having acid thrown at you by a rejected suitor? Catching a low lying electrical line when flying your kite or your baby rolling into the fire because you cook on the ground? These injuries are frighteningly common in some places and severe.

A typical burn ward in Africa or Asia is an uncomfortable place to be; the ward is crowded, the smell is intolerable, and the condition of the patients is horrifying and heartbreaking. We would not accept this at home. In theatre, there is little blood for transfusion so surgeons are afraid to operate, equipment is basic, and dressings are scarce. There is a feeling that burns are hopeless and so patients are neglected.

In such situations, what can be done? The answer is “much.” While those with massive burns often cannot survive, there is no need for those who do survive their injuries to be left with so much deformity and disability. With good care, patients with burns can live normal lives. This is the basic tenet of Interburns, a small (but growing) registered charity, which aims to reduce the suffering and disability of patients with burns by uniting health professionals, inspiring them, and teaching basic principles that can have a dramatic effect on outcomes.

We do this by providing hands on support in theatres, assisting operations, and teaching the local staff. We motivate people and encourage them to think about teamwork; we run retreats, where surgeons, nurses, physiotherapists, and dressers can work together to identify solutions for their own local problems; and we teach courses, which are designed specifically for such environments. The international nature of our network, with professionals from low and high income countries, is a part of our philosophy. We have had success—in Nepal, for example, there is now a Nepalese Burn Society and local staff train others in more remote areas.

But one of the difficulties we find is in generating interest in this type of overseas aid—the slow, peaks and troughs course of achieving sustainable change. It is not a sexy sell. It is one thing to feature an expat surgeon as the person who takes a bullet out of a wounded child, repairs a cleft palate, or reverses a disabling burn contracture on a surgical camp (all within the remit of a plastic surgeon). But it is quite another to feature what is needed to equip a surgeon with the skills, confidence, and environment to be able to do the operation themselves and so reduce that need.

It seems there is a peculiarly Western phenomenon: to turn an individual experience into charity income. Seemingly, a finite, interesting, and preferably dramatic challenge will have more impact than bare facts and figures alone. So this month, in order to try and draw attention to our charity’s work, two families, including my own, will go on a filmed motorbike tour from Kathmandu to Dhaka. We hope that our journey of 1200 miles—linking up hospitals we work with and with the aim of raising £100 for every mile—will capture the imagination of the public, draw attention to the plight of those with burns, and generate interest in (and funds for) the work of Interburns.

Sian Falder is a consultant plastic surgeon at Alder Hey Children’s Hospital in Liverpool. She is a member of the Interburns charity and the British Association of Plastic, Reconstructive, and Aesthetic Surgeons (BAPRAS).