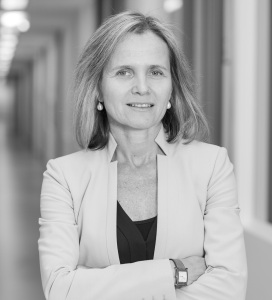 It was not so long ago that there was a broadly held belief that modern society had defeated the worst of the world’s most lethal infectious diseases, and that the horrendous plagues of centuries gone by were no longer a possibility moving into the future.

The emergence of HIV in the early 1980’s certainly challenged that notion. So far, the HIV epidemic has prematurely taken the lives of over 30 million people, and the virus continues to be fatal. Even with some of the most remarkable scientific advances of the past two decades, HIV is still a tragedy in far too many parts of the world.

We Melbournians recently witnessed the 20th International AIDS Conference, which was hosted in the city. There we heard time and time again that despite the scientific tools we have that can end the HIV epidemic—with the availability of antivirals that not only prolong life, but dramatically reduce transmission—infections continue among the most vulnerable. Furthermore, too many people are denied basic access to treatment and care because of ongoing stigma and discrimination.

The current Ebola outbreak sweeping across west Africa is another reminder that ancient diseases are adept at taking advantage of our increased global interconnectedness to spread and subsequently escalate. This latest Ebola outbreak, for example, has spread to a degree that overshadows the previous smaller eruptions, which used to characterise this virus.

Each year new strains of influenza develop, and every year we need to design new vaccines just to keep pace with changes in the virus, which consistently sweeps through every community. The repeated appearance of more virulent strains are proof that we need to constantly keep track of the virus and devote the resources to develop better vaccines.

Multidrug resistant strains of tuberculosis continue to challenge scientists and governments across the world, with sub-Saharan Africa and India bearing a disproportionate burden of the disease. Co-infection with HIV is at disastrously high levels in parts of Eastern Europe and let us not forget that TB, including multidrug resistant TB, is at Australia’s doorstep—neighbouring countries, such as Papua New Guinea, continue to grapple with it.

Drug development for TB has been pitifully non-existent and we still treat TB with drugs developed in the 1950s. So, it is certainly welcome news that with some innovative public private partnerships, such as the TB alliance, we are now seeing new drugs being tested, which can drastically reduce the complexity of treatment and successfully tackle drug resistant infection.

These advances demonstrate the value of well funded, coordinated, and collaborative research.

We have a responsibility to respond to the challenge of infectious diseases in the 21st century: nationally, regionally, and globally. Australia has an important part to play here. We have a rich and proud history of collaborative research in public health and infectious diseases. The partnership model of community, government, and science—adopted here in the mid 1980s when HIV/AIDS emerged—is still widely considered to be a model to others and is responsible for Australia having one of the lowest levels of HIV infection in the world.

We have been world leaders in basic immunology: a field in which the outstanding work of both Peter Doherty and, before him, Sir Frank Macfarlane Burnet (both Nobel Prize winners) contributed. Immunology is critical for advancing new vaccines and treatments to control disease, and to ultimately protect the global community from present and emerging infectious diseases.

Australia is home to laboratories that conduct some of the best fundamental infection and immunity science in the world. It boasts some of the world’s leading experts in public health and epidemiology, as well as clinicians who are highly skilled in treating patients with infectious diseases.

We have an obligation to dramatically accelerate the flow of scientific advances in infectious diseases not just from bench to bedside, but to our local, national, and regional communities—and back again.

The task before us is a challenging one, but in the very recent words of the United Nations secretary general, Ban Ki-moon, commenting on the Ebola crisis: “The world can no longer afford to short-change global public health.”

Professor Sharon Lewin is the inaugural director of the Doherty Institute, which was recently launched in Melbourne.

Competing interests: I have read and understood BMJ policy on declaration of interests and declare the following: I have given advice on product development (not relevant to the article topic) to Bristol-Myers Squibb. I have received grants from Merck, Gilead, and Qiagen for an investigator initiated clinical trial. The funder had no role in study design, data collection or analysis, writing, or decision to publish. I am also chair of the Immunology Education Faculty for Viiv Healthcare (funding body had no role in determining content).