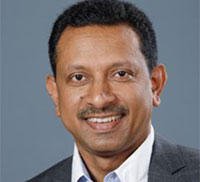 The Indian state of Kerala has the highest alcohol consumption per head in India (8.3 litres against the national average of 4 litres,[1] while also being credited with the highest literacy rate (including female literacy),[2] best social indicators, and best infant mortality.[3] Kerala has the historical mix of influences from the spice trade, its early introduction to Christianity and the English language, tea and rubber plantations, the first elected Communist government of the world, and, during the past three decades or so, the economic affluence resulting from the millions of Keralites choosing to work abroad—particularly in the wealthy Gulf region. As a reflection of this prosperity, the shift from the traditional values, and new found consumerism, alcohol has crept into the daily lives of society, mainly for men, and particularly involving the middle and lower socioeconomic classes.[4] In addition to directly affecting the health of those consuming alcohol, a high per capita consumption of spirits (mainly brandy, rum, whisky, and vodka) is affecting women and children through the significant depletion of family income and increasing rate of domestic violence.[5] [6]

The government of Kerala, in an unusual ministerial order, initially closed the 418 alcohol serving bars attached to hotels with two and three star status on 1 April 2014, on the basis of suboptimal facilities and after months of political and social debates. On 22 August it took the revolutionary decision at ministerial level[7] to stop the sale of liquor by all alcohol outlets of hotels operating in the state (an additional 312 hotels), other than those with in the five star category (currently only 23 in the state): effectively closing down the multimillion rupee liquor business affecting the health of the population.

Even though the initial proposal was not to renew the “bar license” due for 31 March 2015, through an additional circular the government prohibited alcohol sales from 12 September 2014. The state is also going ahead with a reduction of “liquor outlets” on an annual 10% basis (currently there are 334 such outlets in Kerala), with an ambitious target of a “dry Kerala” by 2024. This policy decision from the state government would result in an immediate excise tax revenue drop annually of approximately 7000-8000 crores of rupees (www.kerala.gov.in). To keep the macroeconomics in perspective, alcohol sales related excise revenue yields the state over 22% of the annual budget. However, the hope of reducing and even reversing the high alcohol consumption trend by the working class men of the society and not giving young people easy access to concentrated spirits could probably pay dividends in the medium and long term.

Interestingly, spirits (distilled beverages) account for 95% of the alcoholic beverages consumed in India,[8] and the “average age of initiation” has dropped from 18 years to 13 years over the past two decades.[8] Kerala’s government has expedited the new law to come to effect on 12 September, amid speculations as to how the “soft liquor” outlets (mainly beer and local alcoholic beverage prepared from the coconut tree, which is known as “Toddy”) and the booming tourism industry would respond. There is also concern for the authorities as how best to respond appropriately and proactively to the threat by the potential for corruption and fight against the “illegal alcohol trade” while trying to cope with depleting revenue from alcohol sales itself.

There is hope that the “out of sight, out of mind” mantra will work positively on this “spiritual” policy initiative, ultimately percolating to the promotion of population health in the state of Kerala.

Roy K Philip is a paediatrician, neonatologist, and healthcare innovator with experience in the health systems of India, the UK, and Ireland. His interests include health services management, health economics, and clinical research.