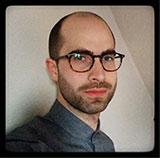 This morning the World Health Organization (WHO) has declared the Ebola outbreak in West Africa an international health emergency and stated that a concerted international response is required to stop and reverse the spread of the disease. The Ebola epidemic presents a quandary for the medical community.

In the absence of evidence based treatments, should experimental medicines be used to combat the disease? This question follows the news that two American doctors who have contracted Ebola have been given an unapproved serum called Zmapp, and the first European to contract the disease – a Spanish priest – might also be given it too. Sophie Arie’s feature on thebmj.com explores whether the Ebola outbreak should be seen as an opportunity to test unlicensed treatments. Peter Walsh, an Ebola specialist at Cambridge University, says “The odds are that these vaccines are safe” and “they should be used now to save lives and to carry out a clinical trial.” WHO will convene a panel early next week to discuss whether it is ethically justifiable to use unlicensed medicines on patients with Ebola – in effect, carrying out a real time, real life, clinical trial. WHO says “the guiding principle with use of any new medicine is ‘do no harm.’  Safety is always the main concern.” The US Centers for Disease Control and Prevention (CDC) says that it is too early to know if Zmapp is effective, but as the outbreak reaches critical point (nearly 1000 deaths at time of writing), is there an alternative?

Elsewhere today, Adrian O’Dowd reports Public Health England’s response to the UK government’s consultation on the introduction for regulations for standardised packaging of tobacco, that standardised packaging for cigarettes could be a game changer as a way to reduce the number of smokers or encouraging them to cut down. PHE references data from Australia, which say that plain packets led to a fall in tobacco sales by 3.4% during the first year of the country’s plain packet policy, which could represent a saving of £500m to the public purse. After the UK government backtracked in 2013 to introduce plain packaging – saying that more evidence was needed – will the “substantial and irrefutable” health, and, now, economic benefits be enough to persuade Whitehall?

And finally, Fiona Godlee, editor in chief of The BMJ, gives an update on the lessons learnt from an independent panel’s report into how the journal handled the publication and fallout of the statins furore. Although the journal was vindicated in not retracting the articles, several recommendations have been made to shore up its processes; including additional statistical and peer review, greater editorial scrutiny of emotive topics, and rapid response time in making corrections. Godlee says this experience will not deter the journal but only strengthen its purpose. “The BMJ has no plans to reduce its coverage of controversial issues: quite the reverse. It exists as a forum for scientific debate and will continue to challenge the status quo wherever necessary to improve health and healthcare. We recognise that doing this safely and effectively incurs extra responsibility,” Godlee says. Finally she calls for greater access and transparency to the relevant trial data of statins studies, saying “such debates will not be satisfactorily resolved in the public interest unless legitimate third parties are given access to the clinical study reports and the anonymised patient level data.” She has now written to the principal investigators of all relevant clinical trials to ask for the data to be made publicly available or explain the reasons why they will not release it. Follow the correspondence and read the independent panel’s review at thebmj.com/statins.