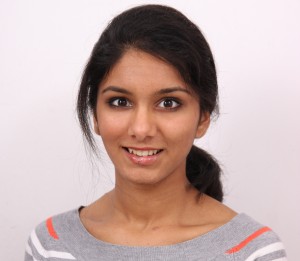 According to India’s 2011 census, the sex ratio in India was 943 women for every 1000 men. Yet a recent report by the United Nations reveals that the child sex ratio in India has declined from 927 girls for every 1000 boys in 2001, to 918 in 2011. Behind this statistic, the report points out, are the clinics and medical practitioners “directly mediating sex ratios at birth via sex selection.”

Historically, Indian couples tended to keep on having children until they had produced at least one son or two. In 1974, in an effort to slow down the growth of India’s rapidly booming population, Delhi’s All India Institute of Medical Sciences said that Indian women no longer needed to produce endless children until they bore the right number of sons. Instead, the institute encouraged the determination and elimination of female fetuses. Sex determination followed by abortion would at least dissuade couples from producing extra daughters. This stand might have been conducive to curbing accelerated population growth, but it certainly didn’t help the cause of saving female children.

In 1994, the Pre-Natal Diagnostic Techniques Act outlawed sex selective abortion. In 2003 it was amended to include sex selection even at the pre-conception stage. However, there are 40 000 registered ultrasound clinics in the country, and many more unregistered clinics. The skewed sex ratio may be due to an entrenched societal mindset, but the decisions to carry out sex screening and sex selective abortions lie in the hands of doctors, and those who staff the ultrasound facilities that carry out these lucrative practices.

The Mumbai High Court has ruled that authorities have the power to “seize and seal” ultrasound machines if they have been used for illegal sex determination tests. This is a start, but it is not the only answer. As medical technology progresses, ultrasounds have made way for non-invasive blood tests, which analyse cell free fetal DNA (cffDNA) in the mother’s blood to identify Y chromosome sequences and help determine fetal sex. This is possible during the first trimester of pregnancy.

India’s government could implement a policy similar to the seizing of ultrasound machinery for blood tests, but this is simply a short term punitive measure. Doctors and medical technicians themselves must realise the gravity of the situation, and refuse to carry out sex selective abortions and sex determination through any method.

Bollywood actor Aamir Khan discussed the tragedy on his television show, Satyamev Jayate, where it emerged that some doctors use a code to tell families whether the fetus is male or female. If it is a girl, they say “Jai Mata di” (“Hail the mother goddess”—a common greeting), and if it is a boy, the phrase is “Jai Shri Krishna” (“Hail Lord Krishna”). The illegality of sex selection is generally ignored, with the husband and his family able to make the decision on whether to abort the fetus if it is female.

This is clearly against medical ethics and women’s rights, but the culprit doctors are ultimately products of their society. Far from doctors setting a moral example, the UN report reveals that there are studies on the sex ratios of the children of medical doctors and gynaecologists, “whose skew makes it undeniable that they are guilty of practising sex selection for themselves.” Appearing on the show Satyamev Jayate, Delhi based doctor Mitu Khurana recounted how she was harangued by her orthopaedic surgeon husband and parents in law to abort her twin girls after 20 weeks of conceiving.

Doctors have a duty to society; the very nature of their profession is dedicated to saving lives. Opinions are divided on whether it is acceptable to abort a fetus because of a debilitating hereditary disease, or because it is the product of rape. Moreover, it is the woman’s right to decide whether she wants a baby or not. However, it is unacceptable if the abortion occurs simply because the fetus is a girl and the parents would rather have a boy. This is not only sexist, it goes against the maxims of the Hippocratic Oath. The onus now lies on doctors to make responsible decisions and allow the country to heal from the wounds of its skewed sex ratio.

Read The BMJ‘s News story on the UN report.