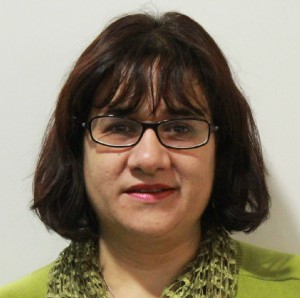 Prostate cancer is the most common cancer in men; in the UK, it kills over 10 000 men every year, and currently there are over a quarter of a million men living with—and after—the disease.  If diagnosed early enough, prostate cancer can often be successfully treated. However, the diagnostic process is far from perfect, and it is arguably one of the most widely debated topics surrounding the disease today.

Men with a higher than normal PSA reading will be referred for a biopsy, most commonly using a transrectal ultrasound (TRUS), which is where the next challenge lies. Although a biopsy can help guide specialists to the prostate, finding the cancer can often be pot luck, and all too often it misses areas of significant cancer. Conversely, a biopsy could identify small areas of insignificant cancer, which could lead to unnecessary treatment.

In addition, biopsies can misclassify the grade of prostate cancer in about a third of men, usually by telling men that they have low risk disease when they have not. It is also an invasive procedure that carries risks, with one third of men experiencing pain, fever, bleeding, infection, or problems urinating afterwards. And up to three in 50 men (6%) may get a more serious infection.

A new and more accurate way of using MRI, called multi-parametric MRI (mp-MRI), may be able to help doctors find cancer before biopsy, as well as helping to guide the biopsy needles to where they know the cancer is. An mp-MRI consists of up to three different types of MRI scan, which radiologists look at together to give a clearer picture of what’s going on in the prostate—such as if, and where, there might be a tumour. It has the potential to revolutionise the diagnostic pathway for prostate cancer, and for the first time in history, clinicians can actually see the cancer that they’re treating. This also means it will be possible to show patients when there’s no cancer at all, which is reassuring.

In an update to its guidance earlier this year, the National Institute for Health and Care Excellence (NICE) recommended that doctors consider using mp-MRI for men who’ve already had a biopsy that hasn’t found any cancer. This is a great step, and could help men avoid more unnecessary biopsies by confirming that no significant cancer is in their prostate.

Although the future looks promising for mp-MRI, the procedure is still relatively new, and we’ve still got a way to go before it becomes standard practice. The results of the PROMIS trial, which is testing the cost effectiveness of using mp-MRI before biopsy, and which is due to finish in 2015, will play a significant part in this.

It’s also important to note that the ability to carry out mp-MRI scans requires appropriately calibrated scanners, and clinicians with a good deal of skill and expertise in producing and analysing the images. There will need to be a significant investment in equipment and specialist training for clinicians before this procedure can truly make a difference to the diagnostic pathway for prostate cancer.

On 30 July (12pm) Mark Emberton, professor in interventional oncology at University College London, will be leading a free webinar with Prostate Cancer UK to explore how knowledge of tumour location by means of MRI can transform the way we investigate and treat patients. Joining him will be Clare Allen, consultant radiologist at University College London Hospitals (UCLH), and Caroline Moore, consultant urologist at UCLH. Visit: http://prostatecanceruk.org/webinars for further information and to register.

Karen Sumpter is the clinical lead at Prostate Cancer UK.