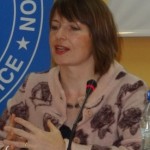 The UK government recently announced that it will in future charge migrants from outside the European Economic Area (EEA) and foreign visitors a 150% fee for service when using the NHS. This is to recoup the estimated costs incurred when patients from abroad use services without entitlement. Justification for the additional surcharge is to incentivise hospitals to implement this type of cost recovery.[1]

This is troubling on several fronts. Firstly, just as the surcharge of 50% on top of treatment received may act as an incentive for hospitals to implement this, it will surely also act as a disincentive for patients needing care, and in doubt over their entitlement, to seek the treatment. Rather than raising additional resources through charging migrants and visitors who access treatment, it is likely to result in fewer seeking treatment where they need it. This is not good for individual or public health.

Secondly, some of the past research I have undertaken with colleagues on the issue of medical tourism—where patients travel with the intention of accessing treatment abroad—highlighted that a growing number of UK patients travel abroad for treatment.

As with medical tourism, where patients intend to pay for treatment, it could well be that more UK citizens are accessing services outside of the UK than non-UK patients accessing within the UK, and if other countries follow the UK route of charging, it may mean that this is counterproductive to the UK. As with more formal medical tourism, it could be that we actually benefit overall from this sort of activity—there is no evidence to support either view on this, the policy has been made with no or partial evidence.

Thirdly, health secretary Jeremy Hunt stated:  “We have no problem with international visitors using the NHS as long as they pay for it—just as British families do through their taxes.”[1] Part of implementing the scheme from autumn 2014 onwards entails a clearer registration process and IT system, to identify who is eligible for treatment and to ensure payment. In addition, the government’s statement announced “options for recovering the costs of primary care services are also being explored.”

In addition to the ethical questions raised by charging migrants over the odds for treatment, and the knock-on effects on individual and public health, these systemic changes pave the way for a more common use of charging within the NHS. Once registration and IT systems are in place to identify individual entitlement and to ensure payment, using this for other charges or extending charges to the general public seem the logical next step. Even the secretary of state’s statement explicitly refers to payment by “British families” rather than evoking the solidarity based vision of a national health service. This raises the question – who will be charged next?

Johanna Hanefeld is a lecturer in health systems economics at the London School of Hygiene and Tropical Medicine, where she researches the effect of medical tourism and migration on health systems, as well as other aspects of global health.

Richard Smith is professor of health systems’ economics and dean of the faculty of public health and policy at the London School of Hygiene and Tropical Medicine.

The authors declare that they have no conflicts of interest.