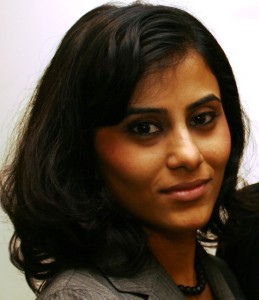 Obesity is widely recognised as one of the greatest health threats of the 21st century across the developed world, with about a third of the global population now obese or overweight.

While the evidence of the problem is undisputed, there is little agreement as to how to solve it. Many solutions are being brandished about in terms of both prevention and cure; in the UK, for example, a sugar tax has been suggested, and NICE has issued its headline grabbing draft recommendations that patients with a BMI of 30 or more should be given bariatric surgery. From my experience of treating overweight and obese patients, it seems clear that, as standalone solutions, these are not sustainable as they do not address the root causes of obesity.

In May 2014, the Lancet revealed that the UK ranks third in western Europe for its obesity rates, with 67% of men and 57% of women overweight or obese. This poses an enormous threat to the NHS, which currently spends more than £5.1bn a year on treating obesity related illnesses. If predictions are correct, obesity related diseases—which include type 2 diabetes, heart disease, stroke, hypertension, liver disease, sleep apnoea, and osteoarthritis—will add an estimated £1.9-2bn a year in medical costs. Although it is right that the NHS try and reduce the cost burden of obesity, I believe that reducing the minimum threshold for £6000 surgery from a BMI of 40 to 30 is a false economy, as well as posing a threat to patients.

Treating the psychological causes of obesity, rather than just the physical process of overeating, is the only sustainable and viable alternative to bariatric surgery, which has a relapse rate of around 20%. As with many mental illnesses, obesity and overeating involve both physical and psychological facets so treatments should bridge the gap and address both. Currently, there is too much focus on quick fixes to address obesity, such as fad diets and extreme surgery, rather than addressing the eating process that causes obesity.

It is apparent to me that we need to help patients understand why they overeat. Food is the object that humans consume, whereas eating is the process of food consumption; yet diet programmes, particularly those stemming from medical referrals, focus entirely on food changes. Most programmes don’t address the eating process, which in my experience is the main driver for obesity.

I’ve helped patients understand more about, and challenged, their eating processes. This involves asking why they make food choices, their relationship with food, how they eat food, and in what quantities. The need to eat can be psychological, so we need to examine the drivers that push people to overeat, which come down to mental health and emotion. Presently, this is hugely lacking in the approach to tackling obesity. For example, it was recently reported by Beat, the eating disorders charity, that around three quarters of those who sought medical advice on their weight were not asked a single question about how they felt or why they overeat.

We need to work with patients to achieve personal goals, and promote self-acceptance, self-worth, and enhanced interpersonal relationships. Treating the psychological causes of obesity just as well as the physical aspects of overeating is a sustainable and viable alternative to bariatric surgery.

Bijal Chheda-Varma is a practitioner psychologist and the weight management specialist of Capio Nightingale Hospital.

Competing interests: I declare that I have read and understood the BMJ policy on declaration of interests and I would like to declare the following: I am an honorary chair of  a special interest group for eating disorders for the BABCP (British Association Of Behavioural And Cognitive Psychotherapies).