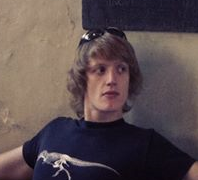 Much has been said about the outcomes of the BMA’s Annual Representatives’ Meeting (ARM) this week. Of the debates held and motions passed, however, perhaps only Tim Crocker-Buqué’s tobacco motion has as strong a claim to world first status as motion 370. Buried in the rather dry sounding section on “Finances of the Association,” this motion called for strong action from the medical profession to tackle the health risks posed by climate change, including a commitment to “transfer their investments from energy companies, whose primary business relies upon fossil fuels, to those providing renewable energy sources.”

On Wednesday morning, the motion passed—albeit with the above clause passing “as a reference,” meaning that it is a direction to Council rather than policy, but the spirit and intent of the motion is kept. With it, the BMA became the first health sector organisation (to my knowledge) to publicly express its intent to divest from the fossil fuel industry. That the move comes from the BMA, one of the oldest and most respected medical professionals’ organisations in the world, demonstrates the power of the divestment movement.

The movement has spread over the past couple of years from a handful of US university campuses, to encompass faith groups, pension funds, and government authorities across the globe. And, along the way, it has won endorsements from such high profile voices as Desmond Tutu, executive secretary of the UN Framework Convention on Climate Change Christiana Figueres, World Bank group president Jim Yong Kim, and even US president Barack Obama. Divestment is working and the fossil fuel industry is worried, as demonstrated by the Australian coal lobby’s efforts to outlaw the campaign.

There are plenty of good reasons—many of them expressed in a recent Editorial in The BMJ, others summarised here—for the BMA to divest. The BMA’s values and objectives, and the responsibilities of the profession it represents, demand that it should act on “the greatest global health threat of the 21st century.” Continuing to invest in the fossil fuel industry is literally betting against action on climate change mitigation, given that the industry’s continued profitability is dependent on burning more carbon than the planet can take. Meanwhile, the transition to a low carbon economy could provide a huge boost to public health: from reduced air pollution, to healthier transport and diets, and improved urban and rural environments.

So much for why. What, though, might the BMA’s support for divestment mean for the future of our energy economy and our climate? Some clues can be found in the BMA’s last high profile divestment campaign: targeting the tobacco industry.

In 1985, the BMA published a report, which disclosed details of many prominent health institutions’ investments in tobacco. A year later, the American Medical Association wrote to every US medical school calling for tobacco industry divestment. Today, UK health institutions—from the BMA to the medical Royal Colleges, and even the Wellcome Trust—screen investments in the tobacco industry from their portfolios as a matter of course.

Although the consequences are difficult to evaluate, tobacco divestment is widely regarded to have been integral to the tobacco control movement’s successes so far. The motion to ban the sale of tobacco to those born after 2000, which was passed by the BMA this week, would have been unimaginable when the BMA first argued in favour of divesting from the tobacco industry, and is testament, in part, to the power of divestment to shift social norms.

Could fossil fuel divestment contribute to a similar shift? The parallels between the tobacco and fossil fuel industries are many. Firstly, their health impacts are comparable in scale. The most recent Global Burden of Disease report attributes 6.3 million avoidable deaths each year to smoking. Meanwhile, around 7 million deaths were caused by exposure to air pollution in 2012 (produced largely by fossil fuel combustion for energy and transport).

Secondly, both industries have had a role in subverting scientific research, and undermining human health to protect their profits. In a now infamous internal memo, the tobacco company Brown and Williamson proclaimed, “Doubt is our product, since it is the best means of competing with the ‘body of fact’ that exists in the minds of the general public.” Big Oil has been the primary heir to Big Tobacco’s playbook, using the same tactics—and often even involving the same institutions and researchers—in their efforts to discredit climate science. ExxonMobil alone spent $27.4 million on such work from 1998 to 2012, in addition to the billions spent by the industry on lobbying governments worldwide to reject, weaken, or undermine environmental legislation.

The tobacco control movement illustrates how divestment campaigns succeed—by stigmatising harmful business practices and producing a change in attitudes, which consequently enables legislation to prohibit such practices. If the fossil fuel divestment campaign follows the course of the tobacco campaign, then the BMA’s support could contribute to a lasting shift in social norms and the entire political economy of energy.

There is, however, still work to be done. The ARM endorsed divestment is a reference; and, as chair Mark Porter and treasurer Andrew Dearden stressed in the debate, this qualification will allow the BMA “the flexibility to implement as practicable,” engaging with divestment “carefully and properly.” This is, of course, prudent, and the same course taken by Stanford University, local authorities from New Mexico to New Zealand, and the other 27 cities, 29 religious institutions, and 17 major investment foundations that have already committed to divestment.

But there is no reason to doubt that divestment would be feasible or practicable. Fossil fuel divestment is already entering the financial mainstream according to the Financial Times. Moves like the establishment of a set of fossil free indices by the FTSE Group and BlackRock will make it ever easier for institutional investors to take the socially responsible option.

Indeed, there is reason to believe that it is not merely practicable, but a financial imperative. Not only do fossil free portfolios closely track, if not outperform, conventional benchmarks, but continued investment in fossil fuels exposes institutions to the risks of the “carbon bubble” and the trillions of dollars the fossil fuel industry stands to lose if legislation on climate change mitigation is enacted.

Where the BMA leads, other health organisations can follow. Royal Colleges, medical schools, research institutions, and funding organisations—all have similarly powerful leadership roles within the health sector and society at large. The arguments for the BMA to divest from fossil fuels apply just as strongly to these institutions.

The more people there are making these arguments, the stronger they become. Groups of health professionals and students, like the Climate and Health Council, Medact, and Healthy Planet UK, are already working to grow the divestment movement within the health sector. By beginning the transformation to a more sustainable energy economy, as the BMA has done this week, we can turn the greatest threat to global health into our greatest opportunity.

Alistair Wardrope is a third year medical student at the University of Sheffield, and a member of the student environmental health group Healthy Planet UK. He can intermittently be found on Twitter as @a_wardrope.

Competing interests: I declare that I have read and understood the BMJ Group policy on declaration of interests, and I hereby declare the following interest: Voluntary role within student climate and health advocacy organisation (Healthy Planet UK); voluntary role as campaign officer of Sheffield branch of student global health charity Medsin.