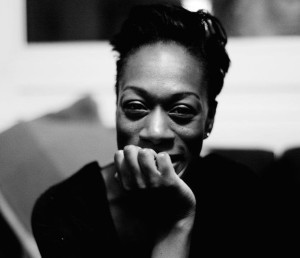 While it’s been challenging to make neglected tropical diseases (NTDs) a priority on the global health agenda, until recently, the struggle to raise the conversation beyond niche circles has been even harder.

The illnesses are prevalent in places that many would struggle to find on a map, let alone pronounce (echinococcosis and onchocerciasis, for example). Factors like these make NTDs a challenging story to sell, especially as they mainly affect the world’s poorest (around 1.4 billion people).

Despite this challenge, at Development Progress, an Overseas Development Institute project, we have been working to highlight the drivers of progress in tackling NTDs, as these diseases have wide cross-sectoral links and effects, as well as an impact on almost all of the Millennium Development Goals (MDGs).

Sierra Leone was chosen as a case study because, despite being one of the world’s poorest countries, it has made great strides in preventing four of the five diseases (onchocerciasis, lymphatic filariasis, soil-transmitted helminthiasis, and schistosomiasis) that make up 90% of the global NTD burden.

Take the example of schistosomiasis, a parasitic worm that can lead to death through liver disease and bladder cancer. While just 562 000 people in Sierra Leone received preventative treatment against the disease in 2009, by 2012 this figure had risen to 1.4 million, which is equal to 99% of the population who needed treatment. The results outstrip Africa’s richest nation—Nigeria—where, in 2012, just 5% of the population requiring treatment received the necessary drugs.

Sierra Leone’s story of change has an intriguing narrative arc. At first glance, the cities of Liverpool in England and Freetown in Sierra Leone have little in common. Yet on deeper probing, there is a historic connection between the two, which has had a role in enabling this unique tale of progress.

During the colonial era, the European mortality rate in the country was so high that Sierra Leone became known as “the white man’s grave.” In 1899, driven by the urgent need to make West Africa safer for Europeans, a wealthy trader from Liverpool funded a team of researchers on the Liverpool Malaria expedition to Sierra Leone’s capital. The trip marked the start of a relationship, which has helped Sierra Leone emerge as a pioneer country in the control of vector-borne diseases.

Our study argues that part of the explanation for Sierra Leone’s position as a West African outlier, lies in the country’s ability to build upon work, which was started by the founding fathers of the primary health system. Sir Margai gained his experience in the rural provinces, where he created a pioneering approach in delivering midwifery and health services to the poorest people—often in hard to reach communities.

When asked what he thinks Sierra Leone’s first prime minister would make of the fact that one of his countrymen is now leading research in the fight against NTDs, he smiles. “I think not only Sierra Leone, but other countries in the region, would be proud that we’ve been able to make this link, and we’ve been able to make sure that the region benefitted from that experience,” he says.

Sierra Leone continues to face a daunting task in tackling many of the NTDs that are still prevalent throughout the country. Indeed, without the millions of dollars of drugs donated by pharmaceutical companies (including  Merck & Co and GlaxoSmithKline), progress would not have happened. Most importantly, if local capacity is not strengthened, then improvements made in tackling these four diseases will struggle to continue.

Yet, this story goes some way to chipping away at the neglected aspect of these diseases. Generating coverage of health problems has been described as a “significant background” to policy change. Understanding how progress can be made towards controlling these diseases, which are part of the cycle of poverty for one in six of the world’s population, gives us a better chance of inspiring a genuine commitment to change.

I declare that I have read and understood the BMJ Group policy on declaration of interests and I hereby declare the following interests: I am a communications consultant on the Development Progress project.