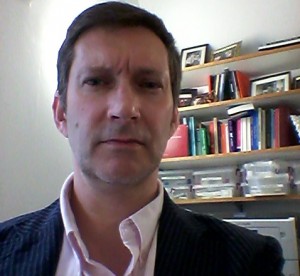 In June 2009, the World Health Organization declared the swine flu outbreak to be a pandemic. Most of us will recall the grave concerns expressed by politicians and the media about this potentially fatal illness. I remember at this time being called out late on a Friday evening to a patient suspected to have contracted the virus. With gown, gloves, and a mask on, I assessed the child, referred to the guidance based on previous recommendations from the National Institute for Health and Care Excellence (NICE), and wrote the first prescription for the precious antivirals that we believed were potentially lifesaving. So valuable were these medications perceived to be, that there was even talk of the possibility of their storage facilities requiring military security.

In April of this year, the Cochrane Collaboration published what many believe to be a damning review of the efficacy of these antivirals, claiming that a lack of access to available trial data had hampered the ability to verify the safety and effectiveness of these medications in 2009. The previous absence of this data was a gross betrayal of trust, and exposed physicians and patients to all the risks associated with prescribing a medication whose true value now appears to have been exaggerated.

Given the estimate that half of trials undertaken are never published, and that there are substantial differences in the likely outcomes of analysis apparently depending on the sponsor of the research, perhaps this should come as little surprise. Many clinicians have been in practice long enough to see dozens of drugs withdrawn, many undergo reviews of their safety profile, and whole classes of medications such as acetylcholinesterase inhibitors failing to live up to their original promise.

Meanwhile, NICE has issued draft guidance that proposes reducing the cardiovascular primary prevention risk threshold at which statins should be prescribed to 10%. The evidence is drawn predominantly from a meta-analysis of pharmaceutical sponsored trials. NICE asserts that it can “make an assessment of any unpublished data affecting the conclusion.”

Many believe that such guidance would not have the confidence of the professionals charged with its implementation. If this were to be the case, such tensions may undermine the authority of an organisation like NICE. At last month’s conference of the representatives of UK general practice, a motion was passed unanimously calling for NICE to recommend such changes only on the basis of a full disclosure of trials’ data.

The role of statins in secondary and primary prevention of cardiovascular disease in certain high risk groups of patients is well established. In its proposal to increase the routine use of statins to perhaps millions of asymptomatic people largely determined by age, NICE is breaking new ground in the UK. This probably warrants a wider philosophical public debate. It certainly must be based on all the evidence available.

It would be fascinating to formally investigate the attitudes of primary care physicians to prescribing statins for swathes of apparently healthy individuals, especially in light of the recent events surrounding the Cochrane review of antivirals’ effectiveness and side effects, and the full disclosure of its trial data. If this revealed the ambivalence expressed by so many of my colleagues (who often admit that they have not personally requested their own blood lipid levels), then it would clearly define the challenge for NICE in promoting guidelines that may not have the confidence of the clinicians tasked to undertake the proposals.

Simon Poole is a GP at Firs House Surgery, Histon, Cambridge. He also has an interest in healthy living and the Mediterranean diet, and is a director of a small business called Positively Good for You, which imports extra virgin olive oil.

Competing interests: I declare that I have read and understood the BMJ Group policy on declaration of interests and I hereby declare the following interests: I am a GP partner at Firs House Surgery, Histon, Cambridge, and a GPC regional representative for Bedfordshire and Cambridgeshire.