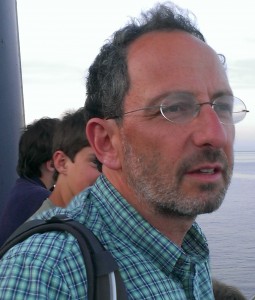 To Europeans, Australia resembles the kind of alien planet so beloved of 1950s American science fiction writers. Strange, bounding animals hop across an arid, unfamiliar landscape, dotted with queer trees and even queerer, multi-coloured birds. The indigenous inhabitants of this planet called these birds “kookaburra,” although their meaning was allegedly misinterpreted when the colonists thought they also called the hopping animals “kangaroo.” The colonists speak a quaint form of English, and over time they have developed their own slightly drawling accent. They even have their own unique words to describe phenomena that seem to happen very frequently on this planet—words such as “stoush” (a bunfight or a punch-up) and “rort” (a swindle that involves gaming the system).

At the moment, there’s a major stoush about healthcare cuts going on between the prime minister, Tony Abbott, along with his Liberal National Coalition government, and, well, almost everyone else. The nature of this healthcare stoush is not entirely unlike any of the many stoushes that British doctors have been embroiled in over the years, as they have fought to defend publicly funded healthcare.

Despite continuous growth for the last 22 years, and the fact that the country has weathered the past six years better than any other developed economy, the Australian psyche and self-perceived status as “The Lucky Country” have been keenly wounded by the global financial crisis. The current government says that unless drastic action is taken soon, including cuts to health and education budgets, the country’s resource based economy is heading for catastrophe. It’s worth noting, though, that Australia retains a AAA credit rating—almost unique among its peers to do so—even though it may not be quite as rock solid as it once was, and Andrew Neil’s April interview of the Australian Treasurer, Joe Hockey, underlines the relative strength of the economy when compared to every other G20 country. You would not be alone if you were to conclude that the government’s dire warning of impending financial doom, unless drastic public spending cuts are made, was at least partially a smokescreen for an ideologically based thrust to make government as “small” as possible.

There are a few things you need to know about how healthcare is structured in Australia before we go further. Firstly, the central government in Canberra, known as the Commonwealth, funds primary care through a system called Medicare. Broadly speaking, under Medicare, GPs see patients and Medicare picks up a fixed tariff price for each different type of consultation. It’s an item of service system not completely dissimilar to the Red Book system the UK used to run before 2004. There is one major difference, though, and it is this: GPs can choose either to bill the government directly for a consultation (“bulk bill”), in which case the patient pays nothing, or they may choose to privately bill the patient for a larger amount, in which case the patient pays the GP directly and then reclaims the tariff price directly from Medicare themselves. It’s worth noting, too, that there’s a constant anxiety in Canberra that GPs are rorting Medicare, which a few do, although almost certainly nowhere near as many as the Commonwealth thinks.

Finally, there is also strong private provision in secondary healthcare, and correspondingly strong financial incentives from the Commonwealth, to carry private health insurance. The doctrine for some time on both sides of the political spectrum has been that the more healthcare that citizens can be persuaded to fund directly themselves, the better.

Anyway, here’s what the government wants to do. In primary care, it proposes raising the tariff price for a basic GP consultation by $2, but cutting the reimbursement Medicare makes for it by $7. Patients will either be expected to make up this $7 shortfall—and remember previously they were paying nothing—or else GPs are expected to waive it “in cases of need” and make up the difference in the extra $2 now paid by the patients who do make this co-payment.

As you can imagine, GPs will be delighted to be having these conversations with the poorest of their patients. Meanwhile, the $5 the government will be saving on today’s reimbursements is going to go into a medical research fund, which will eventually amount to $20 billion and which will be “the largest in the world.” Researchers could be expected to be overjoyed at this, but their reaction to funding medical research at the cost of public healthcare provision to the poorest in society is mixed at best and downright hostile at worst.

Now we come to the proposed changes in secondary care, which is where it gets really interesting. The Commonwealth proposes cutting funding to the states and territories for secondary care and education by $80 billion over the next five years. Obviously, the cost of healthcare has historically increased around the world at a rate far above inflation and can be expected to continue to do so. In addition, the compulsory co-payment for GP consultations is now likely to send emergency department attendances—already a problem—soaring, and the government’s answer to this is to lift the ban on the states charging co-payments for them.

This leaves only three possible solutions for state and territory governments: slap a charge to patients on “unworthy,” GP-type emergency department attendances (currently free), which would be a nightmare to administer and which does not please the Australasian College of Emergency Medicine one little bit; cut the services offered; or else raise taxes themselves, which they can only do by increasing the goods and services tax (VAT in the UK). Clearly, none of these are palatable options for the states and territories.

In a masterstroke, the coalition government will have slashed healthcare funding, but allowed the fallout to descend on GPs (“Aw, Doc, you can’t charge me. You know I can’t afford it!”) and the states and territories (“Oi! Where have our secondary care services gone?”), and also set primary and secondary healthcare in mortal conflict over their budgets, which all come out of the same pot of general taxation anyway. Cynics might say this was the intention all along, and, while fears of the government dismantling public, free at the point of delivery healthcare have so far been largely notional in the UK, that very thing is happening in Australia today.

The eagle-eyed, along with diligent students of healthcare reform elsewhere around the world, will have spotted what is missing in all of this: any mention of encouraging quality or efficiency. What the Commonwealth has done is to slash funding from the top, leaving all the various providers in the system to slug it out and the devil take the hindmost, which in healthcare always means the patients.

The Commonwealth has wielded a blunt instrument in an approach that lacks finesse and which, as anyone who has worked in primary or secondary care for any period of time in Australia will tell you, fails to tackle the major problem here: unjustified variation in healthcare provision with consequent variable quality, frequent overdiagnosis and overtreatment, and wasted tax dollars. As just one example, ask any Australian radiologist how many GP ordered CT spines she has to report—a mostly inappropriate investigation, which is costly in terms of radiation exposure, dollars, patient anxiety, and overdiagnosis—and she will roll her eyes in despair. As another, look at the wildly varying length of stay data between different hospitals for the same procedures.

Now, if the Commonwealth, the states and territories, and the clinicians could all work together—firstly to quantify this often un-quantified variation, then to develop clever ways of improving quality, and reducing unwarranted variation across the whole of the healthcare spectrum (perhaps tied partly to reimbursement rates)—then that would both reduce cost and improve the service to patients. Furthermore, if they could look to the UK and learn the lessons from what was tried there and strike the balance between reducing variability, while still allowing individual clinicians enough autonomy to react to the individual needs of their patients (a balance which many would say has not been achieved in the UK), then the patients, their doctors, their governments, and the public purse in Australia would all benefit.

For the moment, though, the stoush rules OK, and Australian political history tells us that this is the way it is likely to stay. The more the Commonwealth cuts funding in this crude fashion and sets the country against itself, the more it inevitably loses control, and thus the opportunity to influence healthcare delivery in a positive way. To believe that there is a way forward through compromise, one which could cleverly reduce healthcare cost while improving quality, you’d have to believe those issues were the major force behind the Abbott government’s healthcare policy. And I don’t.

David Berger is a UK trained GP, now working in emergency medicine in remote Australia, via a short stint in the Himalayas. He’s fascinated by the dynamics of healthcare provision around the world.

Competing interests: I have read and understood the BMJ Group policy on declaration of interests and declare the following interests: I am a non-executive director of BMJ. These are my own views.