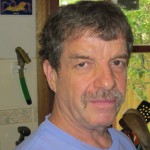 McPherson and McFarlane had formerly collaborated on The Diary Of A Teenage Health Freak, a doyen of Adrian Molar humour. The experimentation of the title referred to risks that adolescents take and not to scientific exploration. There were few definite facts in the lecture and more questions were raised than answers provided, which was good for discussion and for bloggers.

Do adolescents take more risks than other age groups? McFarlane stated that adolescents were rebellious and there was considerable audience discussion as to whether this experimentation equates with emotional growth.

The audience was asked whether they all still felt adolescent and the response was a unanimous “Yes.” I wondered why a period of such turmoil should be so attractive to those that have outgrown it. Typically adolescents represent a group that no one else wants and who feel that they do not belong, yet we all yearn to be adolescent again.

The question of experimentation with drugs was raised, although no specific drugs were named. The dangerousness of adolescent behaviour was reflected in the fact that the death rate in 16-19 year olds is six times that of 10-15 year olds. I would like to have seen the causes of death given as I could think of drugs, driving, and suicide which would all be likely to be over-represented in the older age group.

Cerebral grey matter was reported as having maximum volume at adolescence, suggesting potential for growth. Unemployed synapses are pruned and although the capacity for learning is greatest during adolescence, presumably differing patterns of behaviour are important. The environment is said to influence the number and strength of brain synapses. McFarlane wondered why for many mental disorders the symptoms first emerge during adolescence.

Further questions that I would pose arise from the way that adolescents challenge their parents or other carers, and are often negative and defiant. Adolescence is a difficult period where you are no longer a child and not yet an adult. It is also a period where young people have to decide for themselves, yet do so in great turmoil, often unsure whether their discussions are right or safe. My clinical impression is that adolescents who look after sick parents do not show the same rebellious behaviour.

Adolescent behaviour is relevant here. Is multi-tasking, as practised by many young people, actually beneficial? McFarlane suggested that the end result is that one achieves less.

In terms of adolescent experimentation, why do some young people take more risks than others? Their mental state may be relevant here and I wonder about unconscious suicidal behaviour in adolescents who take excessive risks.

When does one stop being an adolescent? The audience felt that the actual temporal definition is very variable, for example Early Intervention Services define adolescence as from 13-35 years of age.

How do parents allow adolescents to be individuals and to experiment whilst not encouraging risky behaviour? McFarlane’s conclusion was that “Our role as parents in society is to create an environment in which adolescents can better learn from exploring and experimenting so as to enrich their lives without threatening their well being.”

How to achieve this laudable aim is the trick. Bringing up adolescents should be easier now as we can leave them to their own devices. Computers can bring their own problems of course, and the lecture did not touch on cyber bullying or youngsters who are addicted to the internet or to computer games.

My clinical experience is that adolescents still need rules to kick against and our work with defiant adolescents and helpless parents would involve negotiating contracts between them.

Stephen Isaacs is a retired consultant child and adolescent psychiatrist psychoanalyst and a professional adviser for young minds.

Competing interests: I declare that I have read and understood the BMJ Group Policy on declaration of interests and. I have no relevant interests to declare.