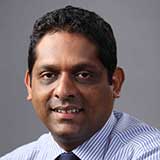 In 2011 Nathan Sivagananathan and Sarinda Unamboowe set out to transform the lives of patients with cancer in the northern region of Sri Lanka. For over three decades the northern territory has been in the throes of terrorism, with little room for economic or social development. The ongoing war made the 400 km journey to the country’s only cancer hospital, which was located in Colombo, even more challenging as patients had to travel by both sea and land because of land blocks and danger zones. Many people preferred to remain untreated, unwilling to make the challenging journey across the country to receive the treatment they required.

With the end of the war in 2009, the opportunity arose to make the dream a reality. The idea to walk across the country was initially developed by Sarinda, who promised to walk from north to south when the 30 year civil war in Sri Lanka ceased. Nathan decided to develop the idea into a journey of “hope” and “reconciliation” for a united Sri Lanka, while strengthening the nation’s fight against cancer. In 2010 preparations began, as the team reached out to family and friends to make the 670 km fundraising a reality. The network further extended to include corporate Sri Lanka and partners from across the globe. Trail remains an ideal example of social entrepreneurship, as it used social media and innovative funding techniques such as the “Buy-a-Brick campaign,” to raise funds and garner the support of those from all walks of life.

With the generous contributions from many people, in July 2011 Trail started its 27 day journey from Dondra (the southern most point of Sri Lanka) to Point Pedro (the northern most point). The response from the communities inspired the walkers, as citizens from all walks of life contributed in cash and kind. Donations ranged from refreshments along the way, to the piggy banks of little children, with contributions steadily increasing with every passing step. At the end of the 27 day journey we had raised a total of $1.6m. Over the two years since the end of the walk, Trail inspired many across the world to contribute towards this worthy cause, and in January 2014, having raised a total of $2.6m, Trail opened the doors of the Tellippalai Trail Cancer Hospital in Jaffna, bringing forth a new era of cancer treatment in the north of Sri Lanka.

Today Sri Lankans from across the country, refer to the hospital as our hospital—a true testament to a nation’s perseverance and a gift from the people to the people.

Nathan Sivagananathan: I declare that I have read and understood the BMJ Group policy on declaration of interests and I hereby declare that I am one of the co-founders of Trail as well as a director of the Colours of Courage Trust. I am also the chief growth officer of MAS Holdings—one of the main sponsors of project Trail.

Tehani Renganathan: I declare that I have read and understood the BMJ Group policy on declaration of interests and I hereby declare that I am employed in the capacity of a business analyst to Nathan Sivagananathan, co-founder of Trail.

* This article was amended on Wednesday 30 April 2014. Tehani Renganathan was originally listed as a co-author. She helped with the manuscript, but is not a co-author of the blog.