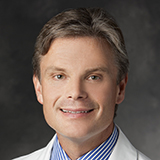 Combusted tobacco cigarette use causes about six million deaths per year and has been projected to cause one billion deaths in the 21st century. [1] The risk of tobacco smoking is very high (50% risk of death before age 70). [2, 3] However, the risk of death from using electronic cigarettes (e-cigarettes)—or electronic nicotine delivery systems (ENDS)—is likely to be quite small, and there have been no reported e-cigarette-related deaths. Some in the tobacco control community have therefore expressed the sentiment that if the tobacco industry would remove combusted tobacco products from the market—leaving only e-cigarettes and other non-combusted products for consumer use—“then we can all just go home.”

However, the barriers to such a fate are substantial, and there are several caveats that need to be addressed in order to finish the race to the tobacco end game: 1) Nicotine is a highly addictive drug and adolescents who experiment with nicotine in any form are at risk of developing a lifelong addiction to a gateway drug that increases the chance of developing depression and altering neurodevelopment and reward circuitry; [4] 2) E-cigarettes may help some smokers to stop smoking tobacco cigarettes [5], but an increasing number of smokers are dual users of e-cigarettes [6], and dual use could enable continued smoking by maintaining the addiction in settings where smoking is prohibited or contributed to chronic sensitization to nicotine in adolescents experimenting with combusted tobacco cigarettes; [7] 3) E-cigarettes are largely sold without any regulation or prohibitions of sales to minors (except in Europe) when marketing approaches are targeting youth [8] and the prevalence of vaping has doubled in the last two years in the United States (US) and has increased in the United Kingdom (UK); [9] 4) Even if the tobacco industry were to remove conventional cigarettes from the market, recent history dictates that there would be resistance from governments to this development because of the large amount of tax revenue from conventional cigarettes (~$30 billion in the US alone) and the tobacco industry would lose about $35 billion in international profits if not recovered by sales of other products; [10] 5) While the toxicant exposure appears markedly lower, [11] the safety profile of new e-cigarettes is not well known because there are no regulated product standards or mandatory testing by US or European regulatory bodies other than safe manufacturing practice. [12]

There is a way forward that addresses each of these caveats, but this would require a grand partnership of willing partners to proceed. First, a genuine request could be made to the tobacco industry by a more galvanized tobacco control community to commit to removing combusted tobacco products (specifically cigarettes) from the market by a specified date—perhaps by 2025 or 2030. Quite simply, what we should be boldly asking the tobacco industry to do is the following: “Now that you make a product that does not kill its user, would you kindly stop selling your products that do?” The rationale for doing so is multifold, but chiefly the main reason for so doing would be to achieve the greatest public health achievement in the history of mankind. No peace treaty or eradication of epidemics in the annals of human history would come close to the number of deaths averted by removing a product projected to kill one billion humans in our time.

Another reason why enlightened leaders in the tobacco industry should consider this proposition (and respond to it) is because e-cigarettes could provide a financial exit strategy for the combusted tobacco cigarette market and ample time for the antismoking campaign to promote switching to less harmful products and smoking cessation—aided in part by e-cigarettes and medicinal nicotine products. An “E-Cigarette Summit” was held at the Royal Society in London on 12 November 2013 and an “E-Cig Forum” was held in New York City on 21 November 2013, which was attended by leaders in the e-cigarette manufacturing, tobacco industry and tobacco control communities, from which participants shared “a broad belief in the benefits of [e-cigarettes] and the vast public health opportunity.” [13] If e-cigarette manufacturers and the tobacco industry are genuinely committed to public health, they should embrace and end date for combusted tobacco products. Given that e-cigarette profit margins are projected to surpass conventional cigarette sales in the next decade, such a commitment could be financially viable for the industry. [14]

Second, a sensible framework could be struck by the international community to address the very rational concerns about youth addiction and lost revenues to multiple stakeholders. Such a framework would need to be grounded in a “trust but verify” commitment for the tobacco industry to remove combusted tobacco by a specified date. By such a date, several political actions could be employed to maximize effectiveness and protect the public health: 1) State and/or federal governments could enact e-cigarette taxes that balance the revenue collected with reductions in healthcare costs; 2) State and/or federal governments could enact age of sale restrictions to 21 or over to reduce or eliminate sales to children and adolescents at a time of frontal lobe development and the highest liability of addiction and tough enforcement strategies to prevent e-cigarette marketing to youth and prosecute black market tobacco cigarettes; 3) US, European, and other regulatory agencies could set post marketing evaluation requirements at a public health standard to ensure no increased population health hazards; 4) Presidents and prime ministers—who have the authority to negotiate treaties—should consider taking up the mantle of leadership and lead negotiations with tobacco industry leaders in a similar fashion to negotiating an arms control treaty, with verifiable targets, clear goals, and independent of special interest influence;  5) Non-governmental organizations should be consulted and listened to and policies enacted that are evidence based, to ensure that wise and sustainable solutions persist in perpetuity.

After 50 years of tobacco control, e-cigarettes have emerged as a disruptive technology that could be the way forward to the ultimate end game by making conventional cigarettes obsolete [15] and could provide a financial exit strategy for combusted tobacco sales, or they could enable a more pernicious epidemic with a billion preventable tobacco deaths at stake in this century. Armed with all of the tools and regulatory levers of many successful public health policies, the choice is ours. We have approached a vital fork in the road of the tobacco wars. But the war must come to an end at some point should we ever achieve more than peer over into the green and pleasant land of a cigarette free world.

Competing interests: The author declares no conflicts of interest and has never received funding from the tobacco industry.