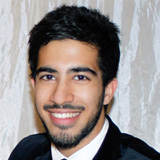 Only days before his proposed release date, Abbas Khan was found dead in a government prison in Damascus. Arrested soon after his arrival in Syria, Dr Khan had initially planned to stay for two weeks in support of the humanitarian relief effort. Instead, he was detained for over a year and was starved, subjugated to physical abuse, and tortured by security forces.[1] Unfortunately, he is now the second British doctor to have been killed in Syria this year after the tragic death of Isa Abdurrahman in June.[2] These two extraordinary individuals had far more in common than London as their birthplace, but a selfless desire to uphold their oath as doctors,” consecrating their lives to the service of humanity.”[3] History illustrates that the ethical dilemma that medics face is not unique, and British doctors have often found themselves, intentionally and unintentionally, in the middle of international wars. This leaves our medical community with two important options: we should either discourage doctors from putting their lives in danger or provide them with more protection and support.

In reality the situation is far more complex, although it prompts a third, simpler option—indifference. The majority of healthcare professionals who avoid taking a stance on this issue, perceiving this as a debate solely for politicians, have passively opted for the latter. However, when it becomes a military strategy to indiscriminately attack medical staff and services, perhaps it is time for us to reassess our position.[4] According to a recent World Health Organization (WHO) report, more than half of all public hospitals in Syria have been destroyed or are only partially functioning.[5] One of the most alarming tactics employed by the regime is the deliberate targeting of hospital staff, resulting in an unbearable strain on the Syrian healthcare system. At least 70% of health workers have been forced to flee regions affected by the war, making a dire situation worse for the exponentially rising number of casualties.[6] The relentless assaults, torture, and imprisonment of healthcare professionals, as well as their families, are in direct contravention of international law.[7]

In accordance with the Geneva Conventions, governments have a duty to not only prevent armed forces from impeding physicians providing care but to protect them during conflict.[8] The World Medical Association further states that these doctors have a right to treat their patients and must “never be prosecuted or punished” for doing so.[9] It is clear that Syrian security forces have disregarded all of the above. As a consequence, the inclusion of hospitals in the battleground has resulted in severely wounded civilians avoiding healthcare facilities.[10] There is now a heavy reliance on underground makeshift clinics mostly funded by charities and external organizations, such as Human Aid and Hand in Hand for Syria, whom Dr Khan and Dr Abdurrahman volunteered for respectively. More disturbingly, Amnesty International has reported incidents of physicians complicit in the abuse of patients and prisoners either out of pressure or loyalty to the Syrian government.[10] As with the example of force-feeding prisoners in Guantanamo Bay, the BMJ highlights the doctor’s duty to respect their patient’s rights and similar violations must be condemned by the wider medical community.[11]

Medical facilities are not the only targets, but also pharmaceutical industries, which has led to a dramatic decline in drug production.[12] Low vaccination coverage rates have already prompted the fear of a widespread outbreak of poliomyelitis with 17 reported cases thus far, and many more likely this winter owing to the poor levels of hygiene and sanitation.[13] However, political issues once more have prevented aid including vaccinations supplied by outside agencies such as UNICEF from reaching the most vulnerable regions.[14] Providing medical support to rebel held areas has been criminalized by the Syrian government, and like Dr Khan, many relief workers have been imprisoned for doing so. Such actions have been strongly condemned by the UN although calls to bring a stop to these war crimes have largely gone unanswered. As a public health crisis looms over Syria, neighboring states have already begun to take precautionary measures, with major vaccination campaigns being led in Jordan, Egypt, Turkey, Iraq, and Lebanon.[15]

In the 21st century, modern day conflict zones have distorted and disregarded the principle of medical neutrality. Despite WHO’s efforts to restore the sanctity of hospitals in 2009, attacks on healthcare staff and facilities are now seen as a political endpoint, with devastating social consequences.[16] Respect for the medical profession is in decline and not exclusive to hospital staff overseas, with an increasing number of assaults reported in the NHS.[17] Physicians can no longer afford to be apathetic as the violations continue against our colleagues, whom we swore to acknowledge as “brothers and sisters.”[3] Doctors should not have to fear for their own lives as a result of saving others, nor should they be forced into situations that may contradict the integral principles of medical ethics. The influence of the British medical community should not be underestimated, as we have seen recently during other conflicts in the Arab Spring which contributed to the release of imprisoned British medics in Bahrain.[18] We should harness this pressure in support of humanitarian corridors within Syria to honour our fallen colleagues, ensuring that Dr Khan and Dr Abdurrahman’s sacrifices were not in vain.

I  declare that that I have read and understood the BMJ Group policy on declaration of interests and have no relevant interests to declare.