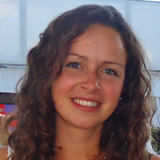 The most effective way we can reduce the global burden of smoking is to target young people. During the debate on standardised packaging of tobacco products, an initiative which has for now been stalled by the government, MP Bob Blackman stressed that, “Two thirds of current smokers began under the age of 18” and that once “hooked” it becomes “very difficult to give up.”

Governments need to take extra measures to make tobacco products more difficult for children to purchase. It appears some are making a start: New York City councillors recently voted to increase the legal age for buying cigarettes from 18 to 21 as well as backing the introduction of a $10.50 minimum price for a pack of cigarettes. Making the legal smoking age equal to the legal drinking age might accentuate the effect of this tobacco control measure, as previously teenagers might have taken up smoking because of the ease of buying cigarettes compared with the ease of purchasing alcohol. The more governments can do to prevent smoking becoming habitual during adolescence, the less likely the individual is to embark on a lifetime trajectory of smoking-related ill health.

Greater efforts also need to be made to make cigarettes less appealing to children. A recent study found that “glitzy and glamorous” cigarette packaging made 11-16 year olds more susceptible to smoking. “Because it’s skinny you feel that you’re not doing as much damage,” said one teenager—reflecting the opinion held by many participants that the slim design cigarettes contained less tobacco, when in fact they are sometimes more harmful. Tobacco companies have often chosen to focus on portraying cigarette use as a gateway to a certain lifestyle, or to attributes such as sex appeal or weight loss rather than trying to sell the cigarette itself. This marketing technique has proven effective among young women—particularly those living in developing countries who may buy cigarettes to get a taste of a glamorous or independent woman’s lifestyle. The Australian government pioneered tobacco plain packaging by enforcing the replacement of catchy designs and brand names with shocking images of rotting teeth and contact information for smoking cessation services. Early indications suggest that these have been effective, with many smokers believing that the “taste of the cigarette” was “worse” as a result of the unappealing design and a greatly increased number of calls to smoking cessation services. It is now time for the rest of the world to follow suit.

It could be argued that imposing tighter tobacco control measures impinges upon people’s freedom of choice. I’m not suggesting that smoking be banned, but targeting young or vulnerable individuals with clever advertising is harmful and hugely irresponsible. Some primary schools in China are sponsored by tobacco companies. If governments are allowing children as young as five to walk around with tobacco brand names etched into their school jumpers then any negative messages they send to the public about smoking are made pretty well redundant. Tighter restrictions need to be placed on tobacco companies globally, including enforcement of plain packaging and advertising constraints.

Competing interests: I declare that that I have read and understood the BMJ Group policy on declaration of interests and I have no relevant interests to declare

Alice James is a medical student at Bristol University. She is currently doing an intercalated degree in global health.