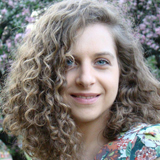 There is nothing more mundane than trying to educate people to, “lose weight, exercise, and eat vegetables,” right? Yet, there was a breath of fresh air with Alessandro Demaio’s appearance at the Climate and Health Summit 2013. A medical doctor from Melbourne, master in public health, and author of Introduction to Global Health, Demaio cast a spell on the audience during his conference time slot. He made us listen in wonder about how to raise awareness of non communicable diseases (NCDs). Perhaps it is public health which particularly demands wit and the skill to inspire the audience to think: “Wow, we should really fix that.” Demaio has it, with his passionate Prezi, movies, and comedy shows about the NCDs campaign.

The Climate and Health Summit 2013, which took place on 16 November, was a side event to the UN Climate Change Conference (COP19) organised in Warsaw, Poland. I was honoured to join the delegation of the Health and Environment Alliance (HEAL), an experience which allowed me to enter into Warsaw’s National Stadium (I’d never been there before, and it was definitely worth it), as well as attend the majority of sessions which took place between 11 to 15 November. While trying to make the best of this opportunity, I selected meetings with a focus on health. Yet despite attending some passionate discussions, for example one about planting mangroves after a tsunami, there was little that I could find which related to the daily work of looking after patients. With all due respect to mangroves, health was not the number one topic in the first week of COP19. Interestingly, it was mentioned by a WWF delegate who underlined that “cheap” carbon-derivatives suddenly become expensive energy sources once the costs of chronic conditions in the surrounding area are included. This was particularly apt in Poland, where 90% of heat and electricity comes from coal.

Still, the focus of the meeting was much more on the environment than on health. It is a huge pity as people’s sensitivity increases once they hear about children’s asthma, or chronic bronchitis aggravated by poor air quality. Tales of glaciers melting in the Antarctica don’t always do the trick. Even though everybody sympathizes with nature, more or less, human beings tend to listen more when their own wellbeing is at stake. Therefore, health should be emphasised much more when advocating for a sustainable green planet. The whole first week of COP19 either hid it from me or just didn’t truly cover it.

On the other hand, the Climate and Health Summit 2013 had a totally shifted focus. Health was in the spotlight, yet described as: a commodity endangered by the threats of climate change, a value influenced by the condition of our planet, and a resource which can vanish if we fail to take care of our own garden (literally). Along with Alessandro Demaio, delegates from the regional offices of WHO, HEAL, and IFMSA shed light on why a healthier planet means healthier individuals.

Conclusion? If you wish to talk about the environment, you talk about money to economists, volatile organic compounds to chemists, and health to doctors. If coupled with interaction and amusement, the idea will stick and the message will travel long distances.

Olga Rostkowska is president of the European Medical Students’ Association (EMSA), a final year medical student at the Medical University of Warsaw, and a member of the delegation of the Health and Environmental Alliance (HEAL) at COP19 in Warsaw, Poland.