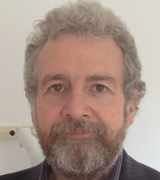 We Irish are good at many things. We are world leaders in literature, music and, occasionally, rugby. Lately we have become famous for tobacco control. Ireland became the first country in the world to ban smoking in public places after some groundbreaking research into the health of Galway bar staff. We are now set to become one of the first countries to ban tobacco branding. This means that the box of twenty will have a plain cover and you can only tell the different types by the lettering. The boxes will look generic, rather like the government products in the old Soviet Union. They will be sombre.

I have made the transformation from an enthusiastic smoker to an even more enthusiastic non smoker and I have to say I welcome this strategy. It is not only the cigarette that is branded, it is also the smoker.

When I started smoking at school I first bought a box of ten cigarettes. The box was wonderfully exotic. It reeked of quality and even had a Royal Seal. The smelly smoky reality was offset by the gorgeous box which I could produce with élan. As I progressed I bought boxes of twenty in a dull green packet. These were the working man’s fag. Tough guys smoked these—they were down to earth, no nonsense. When I pulled out that packet I was one of the lads. I was branded as surely as  by my denim jacket, my long hair, my heavy metal albums under the arm as one of a type.

In college the heavy metal and the cigarettes changed. I knocked around with the drama society and we all smoked a milder cigarette in a fancy box. When I worked in hospitals my peers and I smoked the mildest cigarette you could find as if an apology for smoking at all.

When you produce a box of cigarettes it tells the other smokers what kind of smoker you are. There is very little price difference between the cheapest and the most expensive. There is not much difference in taste either, as I recall. There is a huge difference in how smokers see themselves in their pretensions, identity, and aspirations. The companies know this in their campaigns to sell smokers as cowboys or racing drivers. A plain white box with a government warning doesn’t say very much about you and might just be the trick to stop people smoking. Maybe the idea could be extended to fast food and alcohol.

Pat Harrold is a general practitioner in Co Tipperary Ireland and a lecturer in University of Limerick medical school.