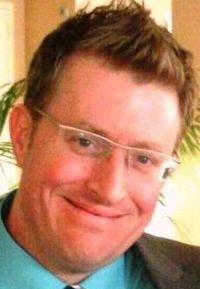 Whenever studies documenting the rising use of stimulants for children in the Western world make headlines, the medical community goes through a significant amount of word twisting to address the public reaction. The latest bit of semantic juggling involves the definition of “cognitive enhancement.” Webster’s Dictionary describes cognitive enhancement (CE) as, “Any drug, supplement, nutraceutical, or functional food that is said to improve mental functions such as cognition, memory, intelligence, motivation, attention, and concentration.”  Notice that according to Webster’s it doesn’t matter who supplies the enhancement, it’s just the effect that matters. But the definition for the medical community is apparently more complicated, and must be qualified by the idea that cognitive enhancers only refer to drugs which are not prescribed by physicians.

There have been a slew of recent research articles on the use of cognitive enhancers.  A paper in PLOS One has looked at the rational given by university students and teachers who use them, a second paper in BMC Medicine examines their use among surgeons, and a third paper in Academic Medicine looks at their use among students at an Academic Health Sciences Center.  All the studies involved surveys about the use of drugs as cognitive enhancers, and they all go beyond Webster’s definition to describe cognitive enhancers as only those drugs not prescribed by a physician. Under this definition, if a student goes to a physician complaining of poor grades and is prescribed methylphenidate then this is a medication (“a medicine”). However, if the same student instead gets the methylphenidate from a friend then this is considered a CE (a “study drug”) and not a medication.  It appears that the medical definition is not based on the reason for using the drug, but is based on who supplied it. But regardless of where the student procures the medication, the drug is taken as a cognitive enhancer.

Psychostimulants are often prescribed for academic performance enhancement, an issue discussed transparently by several ADHD opinion leaders. Joseph Biederman states: “If a child is brilliant but is doing just OK in school, that child may need treatment, which would result in their performing brilliantly at school.” Since parents are likely to think their children are brilliant, the potential for use of stimulants for performance enhancement is obvious. Pharmaceutical companies have capitalized on this issue: A prominent direct-to-consumer advertising campaign for Adderall (amphetamine) featured a beaming mother and smiling child holding a B+ paper with the tag line, “Schoolwork that matches his intelligence.”

If the diagnosis of ADHD was reliable and specific then the line between legitimate use and abuse might be easier to draw. In a recent editorial in US News and World Report, Harold Koplewicz, a proponent of stimulant treatment, lets his readers in on the secret of the ADHD diagnosis: It is neither rigorous nor specific. He states: “Not all kids who have trouble paying attention in school or behaving well in the classroom have ADHD, and it’s sometimes easier to try medication than to investigate out what’s really behind problematic behavior.” Aren’t the children in this situation being prescribed a cognitive enhancer?  If a “C” student is started on methylphenidate and moves into the “A” range does this mean he has an organic brain defect, or that he has found a cognitive enhancer to help him get ahead?

Obviously, self-medicating with stimulants is risky and the medical community is rightfully concerned about the practice. However, discussion of this issue raises awkward questions. The use of cognitive enhancers or “study drugs” is condemned, something to be avoided; it is also the exact reason why physicians have been prescribing stimulants, in some cases to children as young as four, at an astounding rate.

“All authors declare that that we have read and understood the BMJ Group policy on declaration of interests and we have no relevant interests to declare.”

Jonathan Leo is associate dean of students and professor of neuroanatomy at Lincoln Memorial University-DeBusk College of Osteopathic Medicine.

Jeffrey Lacasse is an assistant professor in the College of Social Work at Florida State University in Tallahassee, Florida.