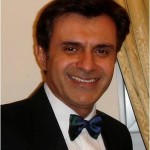 I often groan at the media’s handling of health issues. Often alarmist, it simply succeeds in raising concern levels enough to translate into unnecessary demands on my already overbooked clinical appointments. But a recent prime time BBC programme on health screening at a rugby stadium in Manchester did give me pause for thought. What was striking to me was the number of people who, when told they might have type 2 diabetes, looked with absolute incredulity at the presenter.  This was despite the fact that they were significantly overweight, had a family history of diabetes, and engaged in very low levels of physical activity.

With more than 7 million people in the UK who may be at risk of type 2 diabetes, and statistics which show that the incidence of Type 2 diabetes exceeds that of many other chronic diseases such as COPD and cardiac failure put together, the importance of identifying people with undiagnosed type 2 diabetes, as well as those at high risk of developing the condition, is clearly a great challenge of the utmost importance.

There are an estimated 850,000 people in the UK with undiagnosed type 2 diabetes and a significant number who are only diagnosed after their first detected complication, usually in a coronary care unit. The slow uptake of the NHS vascular checks programme suggests there is a significant lack of awareness of the impact from conditions such as cardiovascular disease and type 2 diabetes. In the case of the latter, late diagnosis and poor control can result in higher hospital admission rates and complications such as end stage renal failure, blindness, and amputations. It is salutary to note that the survival rate for patients with diabetes undergoing amputations is worse than many cancers.

That’s why Diabetes UK’s type 2 awareness campaign, due to launch next month, is very welcome. It will hopefully communicate to the general population that type 2 diabetes is commonly asymptomatic and even if you feel perfectly well, you may have the condition already.  It will also get across the urgent need for people who are at high risk to visit their GP. With recent guidance from National Institute for Health and Care Excellence (NICE) on the use of risk assessment for type 2 diabetes and change in the use of glycosylated haemoglobin (HbA1c) for diagnosing people with type 2 diabetes, the case for screening and early management is very strong. In Leicester we have moved over mainly to diagnosing type 2 diabetes utilising glycosylated haemoglobin so that patients do not have to fast or go through the onerous oral glucose tolerance test. There is good evidence to suggest that earlier diagnosis of type 2 diabetes leads to better control of both the blood glucose and other cardiovascular factors.

I am reassured about the fact that this major advertising campaign is aimed at a segment of the population that is at high risk of type 2 diabetes. It is also supported by the availability of risk assessments for type 2 diabetes online and in Tesco and other local pharmacies. This should stop overcrowding of general practices with the worried well.

Finally, the extra care for those identified with type 2 diabetes may be funded by the higher prevalence figures and the better clinical control resulting from early diagnosis in the Quality and Outcomes framework.

Mo Roshan  is a GP  and senior clinical Research Fellow at the Department of Diabetes in Leicester, and a member of the council of healthcare professionals for Diabetes UK.