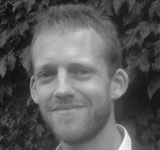 Clinical commissioning groups (CCGs) have a lot stacked against them. They have taken control of the majority of the NHS budget at a time when financial pressures are mounting and there is little hope of relief in the next few years. Some GPs have gone as far as to say they are being set up to fail.

The future of CCGs hinges to a large extent on the support they receive from local GPs. Clinical commissioning does not necessarily require substantial direct involvement from all or even most GPs. What it does need is widespread “buy in,” so that members feel a sense of collective ownership of their CCG and shared responsibility for its success.

This is particularly so in relation to the development of general practice itself. If CCGs are to play an active part in encouraging innovation and improvement in general practice—as our report argues they must—then all local practices will need to be part of this. CCGs will not be able to develop new community based services or to improve the management of long term conditions in primary care unless local GPs support these changes.

It is clear that engaging member practices will, at times, be challenging, particularly when CCGs have difficult decisions to make. Nonetheless, we found some grounds for optimism in our research. The extent of clinical involvement was generally felt to be improved relative to practice based commissioning, and in some areas there was a growing sense of shared ownership and solidarity.

This was far from universal, however, and we also found evidence that CCG leaders are significantly more positive about the extent of member ownership than GPs who are not actively involved in the CCG. This is an important finding and illustrates that CCGs have a long way to go before they can be confident that they command the support of their membership.

The direct relationship with member practices is intended to be the defining strength that sets CCGs apart from primary care trusts and their predecessors. A core challenge for clinicians leading CCGs over the next 12 months is to convert the goodwill that exists in the GP community into active support and engagement.

They will not be helped in this by uncertainty over the future of CCGs. While we should be alert to the risks, few things will stop GPs from engaging with clinical commissioning faster than the suggestion that CCGs will not exist in their current form for much more than another two years. The danger is that those who predict the failure of CCGs, or who actively propose their dissolution, create a self-fulfilling prophecy and prevent CCGs from meeting their potential.

Given the energy and resources invested in their creation, and the need now more than ever for effective commissioning in the NHS, that would be an outcome we cannot afford. Distilling complex research findings into messages for policy can sometimes be a challenge. On this occasion there is one message which is simple to convey: CCGs must be given a chance to succeed.