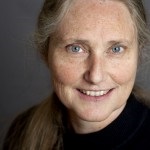 I remember that day as if it were yesterday. It was in the middle of the chaos of the cholera outbreak that followed the refugee influx into Zaire in 1994 at the end of the Rwandan genocide. I was asked to see a young man who was critically ill with congestive heart failure. Kneeling on the floor of the tent in the middle of the refugee camp, I quickly gave a bolus of furosemide to remove the fluid from his lungs. There was no response, and I doubled the dose. As I injected, I noted that the liquid in the syringe started to appear cloudy, and looked to be forming crystals. The man coughed a few times, tried to draw breath, and then died. Too late I checked the empty vials and realized the syringe that had been handed to me had mistakenly been drawn up with one vial of furosemide and one of quinine. The vials were identical in appearance, only the small print on the glass vial was different.

It is estimated that adverse events affect one in ten hospitalized patients in resource rich settings globally. No one has any idea how many more errors take place in resource limited settings, let alone in the settings where humanitarian responders like Médecins Sans Frontières (MSF) work. These are settings where the medical facility is put up on the spot, where most staff members are newly hired with little time for training, and where the routine checks and balances of established well resourced hospitals just do not exist; settings exactly like the one where I had made my error.

Years later, while working in the headquarters office of MSF in Amsterdam, I decided, with our medical department, to implement a medical error reporting policy. The reasons were two-fold: to improve the quality of care we provide through introducing a culture of patient safety; and to assist staff to disclose to patients when mistakes did occur. Yet how could we introduce a voluntary reporting system in all of the 26 countries where MSF was working when most of the health staff working with us had never heard of the Institute of Medicine report “To Err is Human?” This report broke open the medical establishment’s silence on errors. Admitting and reporting mistakes is tough no matter where you work. But how to report a mistake in a culture where saving face is everything, where physicians are trained to act as omnipotent beings, or where security is fragile?

We decided to start at the beginning. We introduced our medical coordinators, responsible for overseeing medical quality in our programmes, to the science of patient safety. We emphasized the theory of medical errors, how it is often a series of errors that allow a mistake to happen, rather than a single individual mistake. We talked about the learning that could come from mistakes, to help us identify ways to improve our systems in order to “make it harder to do the wrong thing, and easier to do the right thing.” A medical coordinator shared with the group how his team had dealt with an error during an emergency vaccination campaign and the changes that had come from the analysis of the incident. We asked the coordinators to take the message to their programme teams and start to implement the policy with the close support of headquarters staff.

The challenges have been many, but three years after the policy was introduced it is clear that it is possible. In an analysis presented at the 2013 MSF Scientific Day (see “Medical error reporting” in the on-demand stream, viewable until 31 August 2013; abstract available here) we noted that 138 errors were reported between June 2010 and December 2012 from 32 projects in 17 countries. Reporting increased from 16 reports in the first six months to 32 in the final six months, but this number is very low compared with the overall size of our projects. Rates of disclosure to patients were low, but the examples reported showed that disclosure is possible even in challenging situations. To our knowledge this is the first report of a voluntary error reporting system in a humanitarian context and is just a small first step. Research is needed to define the best strategies to increase the uptake of reporting, implement lessons learned, and adapt to specific contexts. We also lack information on the baseline rates of errors and the most common types of error that occur (rather than what gets most commonly reported) in humanitarian settings.

The introduction of the error reporting system has led to learning at all levels in MSF—for individuals, for teams in our programmes, and for staff in headquarters. Reading the reports of things that went wrong has been at times troubling, but mostly it has been both humbling and inspiring. The courage of our staff to share mistakes and openly discuss how to do better is impressive. The response of patients and families to disclosure has, in most cases, been encouraging despite some extremely challenging environments. There remains a long way to go. Yet even with these early steps we have been able to make changes in how we work in order that mistakes, such as the one I made as a young doctor all those years ago, can perhaps be prevented in the future.

Leslie Shanks is a Canadian physician who first worked for Médecins sans Frontières (MSF) in 1994. She has just stepped down from the position of Medical Director based in Amsterdam, Netherlands.