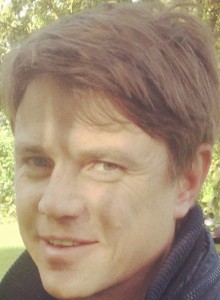 Let’s be honest. Lester Brown sounds like the name of a musician from the Deep South. In fact, Brown is an acclaimed scientist and I had the pleasure of attending one of his lectures. He has 25 honorary degrees and has published more than 50 books on how human systems (e.g. food systems) react to environmental and climate change.

Bearing these credentials in mind, I was surprised that Brown presented his audience with seemingly familiar ideas. He used the construct of supply and demand to explore global food scarcity. On the demand side he listed the pressures on grain supplies as:

Although I initially felt these arguments are “old news,” Brown achieved something which explained his success as an academic—he made me think. All of the causes he mentioned bought to mind the relationship between health and climate change, which presents possible solutions.

The first is obvious. Improved family planning and a public health prerogative lowers the demand for food and reduces our carbon footprint. With regards to diet, doctors are all too familiar with the risks of high indirect grain consumption. We now realise that by encouraging our patients to eat a more healthy diet we are effectively fighting climate change.

And finally, the issue of transport. In terms of environmental demand, driving less reduces fuel requirements (and curbs emissions). What about health? To paraphrase Ian Roberts of the London School of Hygiene and Tropical Medicine: “People say it’s too dangerous to cycle in London. When I look at the relationship between non-communicable diseases and the lack of exercise, I say it’s too dangerous not to cycle.”

So why does an imminent scientist have to argue principles that doctors have been familiar with for years? The answer is simple: we have failed in getting the message across.

Take the example of diet. Brown noted that red meat consumption in the US has recently fallen by 8%. As a health target that sounds like a miserable statistic. Surely we should aim to improve the health of our patient population by more than 8%? Imagine 15% or 30%. All we need is to advocate one or two meat free days a week (starting in hospitals). The impact on food and climate change will be considerable.

Doctors forget that diseases form part of the global ecosystem. It speaks directly to the health co-benefits of mitigating climate change. Lester Brown’s talk made me realise that we need to be more effective in spreading the gospel of “living better.” By doing our jobs with conviction we will be at the centre of a more sustainable civilization living in a more sustainable world.

Deon Louw is a specialty doctor in emergency medicine at John Radcliffe Hospital, Oxford. He is involved with sustainable healthcare, and has an interest in the role of medical professionals at the intersect of global healthcare development and climate change.