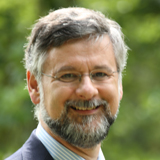 There seemed something familiar about the secretary of state’s announcements about general practice last week.

Jeremy Hunt says that care is too often disjointed and he wants to give GPs responsibility for bringing it back together. I wonder how that could be done. Maybe community nurses could be practice based. Why not health visitors? Or even community matrons? Or we could close down walk in centres which offer underused alternatives to GP care. Then GPs would have a clear overview of their population and be able to plan care for their patients. Wait a minute. Isn’t that what we had before successive reforms progressively fragmented primary care?

Mr Hunt also says that GPs should be more accountable for out of hours care. Well, he’s already included that in his own reforms by giving responsibility for out of hours care to the groups of GPs that make up Clinical Commissioning Groups (CCGs). What we don’t know is how CCGs will respond to the obvious problems of quality of out of hours care that exist in some places. There’s already evidence that some CCGs are looking to return to something closer to the co-op type of arrangement which preceded the 2004 contract. Now that CCGs are responsible both for the quality of care out of hours and for the consequences (e.g. emergency admissions), it’s unlikely that they will be as keen as PCTs to ship in tired doctors from far flung parts of Europe to care for their patients at weekends.

Recruiting more GPs sounds a good idea, and workforce projections certainly suggest that more will be needed. But Mr Hunt will have to work out how to do it. He might want to reflect that the large pay rise that GPs got as a result of the 2004 contract was in part to address a recruitment crisis in general practice. It did so successfully at the time, but GPs’ income has declined progressively in real terms since then.

A chief inspector of general practice was another of the minister’s announcements. The idea of an inspector is new to general practice, but the devil will clearly be in the detail. Some models of “chief inspectors” seem to work quite well. The chief inspectors of prisons and of schools have found a way of being relatively independent in a way that enables them to be critical both of government and of the services that they oversee. However, on the key issue of who has responsibility for ensuring the quality of general practice care, we seem to be heading for a muddle. Technically it’s NHS England (or their faceless “Local Area Teams”). But it seems increasingly unlikely that CCGs will be able to ignore aberrant behaviour by their own doctors. Or even want to. CCGs may turn out to be much harsher critics of their own GPs than PCTs ever were. They might just do the secretary of state’s job for him. Now wasn’t that just what Mr Lansley wanted?

Martin Roland is professor of Health Services Research at the University of Cambridge and a part time GP in Cambridge.