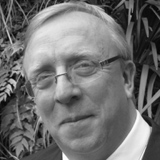 The urgent and emergency care system is under severe pressure. Performance on a number of important indicators, including the four hour wait and ambulance handover targets, is heading in the wrong direction. Demand is growing and calls for work to be shifted out of hospital look oddly out of line with a system that cannot even constrain, let alone reduce, the rate of increase in many places. Our recent study for NHS South of England raises some questions about the management of urgent and emergency care and identifies some important lessons.

The methods for running a hospital in the face of high levels of variable demand are now quite well understood. They are, however, based on an assumption that capacity and demand are in balance—which may not always be the case.  For example, it may be necessary to make major changes to consultants’ job plans to provide 18-24 hour cover, seven days a week. These methods are also hard to implement and need continuous monitoring and maintenance. The key to success is to ensure that patients flow quickly through the hospital and are discharged rapidly. This may have been made more difficult by attempts to improve efficiency and utilisation, and close beds, which have left hospitals running at high levels of occupancy and with reduced ability to respond to fluctuations in demand or to discharge patients.

If community services and social care were able to respond flexibly and quickly, this would be less of issue. However, it does not often happen in practice. Community services have been commissioned on inflexible block contracts and often measure response time in days rather than the hours required by hospitals. Social care is feeling the impact of very tight finances and often does not respond at the pace required.

There is still much more to do to improve the urgent and emergency care system, including increasing the availability of primary care appointments, ensuring continuity of care for patients, dealing with problems “in hours” where possible, and improving the quality and consistency of “out of hours” services. The big variations in ambulance service practice also need to be addressed—for example, in the percentage of people who are taken to hospital. And we need better metrics that capture more useful information about the experience of patients and the operation of the system—the four hour target conceals too many differences in practice to be very useful on its own.

There are also major issues around how commissioners have operated. Some have taken adversarial approaches, whilst others have tried to do a detailed redesign of pathways. In our report we found examples of questionable approaches—for example, exploiting the difference between the community tariff and the hospital tariff. We also found a number of schemes aimed at avoiding admissions and A&E attendance. These were generally very poorly evaluated, often based on hunches rather than evidence, too small to make much impact, hard to manage and prone to creating additional demand. This adds to the very high level of complexity that is already present due to layers of previous projects, national initiatives, and uncoordinated service developments.  A directory of services will help with this but, rather surprisingly, the commissioners we spoke to did not have a clear map of the system’s capacity or of the flows between the different parts of it.

So how can we overcome the problems around increasing demand?  One option is to create extra capacity, although there is the danger that this will lead to increased admissions or other changes in the behaviour of the system as it fills up. The only way to beat this is through a combination of very senior people making clear decisions at the front door and the ability to extend the hospital beyond its traditional walls by using beds in nursing and residential homes, and in the patient’s own home.

Directing patients elsewhere is another option, although treating minor cases in A&E probably costs no more and possibly less than some of the alternatives and in general they do not impact on the four hour target. General campaigns to persuade people not to go to A&E do not seem to work, but there is scope to target practices and individuals with very high utilisation rates.

To address the problems created by increasing demand on urgent and emergency care we need more strategic approaches that reduce complexity, reshape primary care, and chronic disease management, support patients in their own homes, and change the way that nursing and residential care are incorporated into the system. These need to be built around natural communities and involve a new relationship between the different providers. All of this requires leadership across a system rather than attempting to fix each individual component.

See The King’s Fund’s work around measurement and performance and quality of care.

Nigel Edwards is a senior fellow at The King’s Fund and a director with the global healthcare group at KPMG LLP. He was policy director of the NHS Confederation.