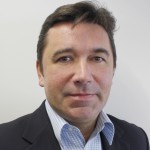 Very few scientists become politicians, and this is hardly surprising.

A scientist will usually only present a new finding once it has been carefully researched, tested, and peer reviewed, whereas politicians can happily advocate any crackpot theory based on little more than anecdotal experience, personal prejudice, and questionable media reports. A scientist’s professional reputation can rely on the integrity of the data but a politician just needs enough plausible deniability.

So it follows on the issue of drug driving. Ministers wish to present the policy as tough and resolute when the science is complex, has clear analytical limits, and may be open to legal challenge.

The government is trying to impose greater legal certainty on drug driving through provisions currently being debated in the Crime and Courts Bill. However, it is still open to question whether, even at this late stage, they will be successful. The measures are also referred to as “Lillian’s Law,”  after a drug driver caused the death of 14 year old Lillian Groves in 2010.

The Home Office minister, Jeremy Brown, told the Commons on 13 March 2013. “In 2010, about 40% of the proceedings in magistrates’ courts for driving while impaired through drugs were withdrawn or dismissed. The comparable figure for exceeding the drink drive limit is just 3%.”

The Department of Transport has assembled a team of scientists, led by Dr Kim Wolff of King’s College London, and instructed them to devise a list of limits for particular drugs which would define a legal prosecution for drug driving. Certainly drug driving is a costly cause of road death and injury. The expert “panel” estimates drug driving may cause 200 deaths a year, about 10% of all road deaths. In 2007, a survey in Scotland showed of drivers aged 17-39, 15% had driven within 12 hours of smoking cannabis.

However, the final list of drugs for testing throws up many questions. Why omit mephedrone (MCat) when, according to the Crime Survey of England and Wales it is as equally widespread as cocaine with young people? However, the panel has sought to include crystal meth (methamphetamine), which remains totally unheard of in most areas of the country. Although the report acknowledges the existence of mephedrone, it says there is simply insufficient evidence about it to make any judgment despite the Advisory Council on Misuse of Drug’s assessment in 2010. By that decision they made their own report obsolete.

The list also does not include other popular drugs such as LSD, steroids, GBL, or psilocybin (the active ingredient in magic mushrooms). The amount of active chemical required for a “trip” from hallucinogenic drugs is so tiny it may mean testing for their presence through a drugalyser is not going to be a practical option with current technology.

Why did the panel deem ketamine more potent than ecstasy when it is a Class C drug and ecstasy Class A? Admittedly that conclusion may say more about the illogicality of the classification system and less about the robustness of the report’s data and methods.

Cannabis makes up between two thirds and three quarters of drug driving—the expert panel has correctly identified the dual hazard of drivers with low and legal levels of alcohol as well as traces of cannabis. However, they do not overcome the main issue with cannabis, which is that it remains traceable by these type approved devices long after the cannabis has ceased to be active and intoxicating.

The proposed legal limit of 5 mg per litre stands, “regardless of whether or not ingestion occurred recently.” It is not hard to envisage legal challenges to conviction being ultimately successful, which would damage the legislation and enforcement regime irrevocably. The report’s reference to a “reefer,” a term not widely used since the advent of colour television, implies another worldly view.

The report also fails to address how significant the displacement toward legal highs will be, where there is no shortage of choice of stimulants and synthetic cannabinoids which can be purchased online or even in high street headshops. The evidence from drug testing regimes for prisons, probation, and employment indicate this is a growing problem.

However, the most questionable part of the whole issue is how it was presented by the transport minister, Stephen Hammond. He said, “We are clear that the design of the new offence must send the strongest possible message that you cannot take any amount of illegal drugs and drive. We must also ensure that the new offence would not unduly penalise drivers who have taken properly prescribed or supplied drugs in line with medical advice.”

Clearly the politics here is to have a fixed view of the average drug driver, a dodgy, hooded geezer who thinks nothing of smoking a spliff, or snorting a line before getting behind the wheel and terrorising pedestrians. It is certainly not the middle class, suburban dweller/voter who takes a mild benzodiazepine or codeine based medicine.

However, for all the attempts to protect the “prescribed” drug users of middle England, for the thousands of Multiple Sclerosis sufferers taking cannabis-based Sativex, the new law could mean an effective life ban on driving.

Mr Hammond’s title is road safety minister, and public safety should be his sole concern and not whether the drug causing impairment is illegal or not. The science to prove beyond all doubt an offence has taken place is hard enough but will also be devalued if ministers continue to focus morally on illegal drugs where the issue should only be about fitness to drive.

If that were the abiding principle then Mr Hammond would, at the same time, have found the political courage to lower the proscribed limit for alcohol, which is much higher than nearly all other EU countries and implicated in many more deaths than drugs.