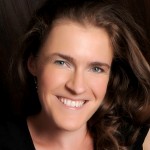 This is an update of an earlier blog (15 November 2012 – here), which described what is happening around the global framework on non-communicable diseases, and how NCDs link into discussions on the successors to the Millennium Development Goals (due to expire in 2015) and the proposed new set of Sustainable Development Goals (as proposed at the Rio+20 conference in 2012). The full inclusion of NCDs within these processes will drive progress for decades to come. Recent developments merit an update of the blog – and I have, of course, included links wherever possible. As before, I have made every effort in this blog to be accurate and up to date as of mid-February 2013. For earlier information, see the website of C3 Collaborating for Health here.
Global NCD framework: WHO and UN
According to the latest Global Burden of Disease study, published in December 2012, NCDs now account for 65.5 per cent of deaths worldwide (many of them premature). Since November, there has been significant progress in moving forward the set of 9 targets and 25 indicators on NCDs agreed by World Health Organization (WHO) member states in November, which would form a global monitoring framework for NCDs. They were discussed and officially endorsed at the WHO’s Executive Board meeting in January (see also the paper ‘Monitoring the achievement of the health-related Millennium Development Goals: Health in the post-2015 development agenda‘), and are now included in the WHO’s Global Action Plan (GAP) on the Prevention and Control of NCDs, which is currently in its second full draft (11 February).

Next steps for the GAP are online consultation until 10 March, followed by informal consultation with NGOs (6 March) and the private sector (7 March), and consultation with member states on 11/12 March. The GAP will then be redrafted and presented to the World Health Assembly in May, including the proposed monitoring framework.

Separately, the issue of engagement and partnership is also under discussion, as required by the Political Declaration of the UN High-level Meeting. In October, the UN secretary-general issued a paper on ‘Options for strengthening and facilitating multisectoral action for the prevention and control of NCDs through effective partnership‘ (A/67/373), which sets out five possible options for global multisectoral action on NCDs, ranging from aligned independent efforts (this would be quite informal and is, in effect, a continuation of the status quo) through a ‘hub and spoke’ model, to a centralised, formalised partnership ( essentially, a UN hub). The outcome of this discussion is likely to be incorporated into the final version of the GAP.

An ad hoc UN interagency group has met four times since the UN HLM to discuss interagency action, most recently in Vienna in December, at which it seems that this group agreed to formalise into a UN taskforce on NCDs, similar to those on tobacco and gender, reporting to ECOSOC – a good sign that collaboration within the UN will continue.

Post-2015: the MDG successors
The High-level Panel of Eminent Persons (HLP), co-chaired by the presidents of Indonesia and Liberia and the UK prime minister, has been continuing its work. The HLP will publish a draft report on the post-2015 landscape in May, and the final version (including recommendations) will be presented to the UN General Assembly in September for discussion.

•    The HLP has now met twice since its initial establishment – in London (November), and in Monrovia, Liberia (at the end of January, on the theme of national growth, economic transformation and development). At the meeting in Liberia, task groups presented on ‘common perspectives’ (a way in which the voices of vulnerable populations can be heard), and themes included the need for a rights-based approach and good governance, and for a standalone gender goal (and gender targets/indicators). A civil-society communiqué was released on 30 January, to coincide with the HLP, asking the Panel to address capacity-building and technology sharing, and to take action to address violence against women. (More on the role of civil society in the HLP process is available here.
•    The final meeting of the HLP will take place in Bali in March, on the theme of ‘Global partnership and implementation methodology’. (More information on the HLP meetings is available here.)
There are also a set of thematic consultations and national consultations, which will feed into the report and recommendations of the HLP.
•    The main meeting of the thematic consultation on health will be held on 5–6 March in Botswana (bringing together about 50 people, including civil society organisations) to will discuss and finalise a ‘synthesis report’ on health in the post-2015 landscape, with the aim of developing a shared understanding on priorities for health post-2015, and proposing some health targets and indicators. The current draft of the synthesis report is available on the World We Want website, but comment on this has just closed.
•    There are other thematic consultations relevant to health, notably those on: energy (a consultation is ongoing on the ‘energy nexus’ – energy’s links to social, economic and environmental sustainability issues – which ends on 22 February: see ‘Action’, below), inequalities (final meeting in Copenhagen, 18–19 February), governance (Johannesburg, 28 February–1 March) and population dynamics (Dhaka, 3–7 March).
•    National consultations on the post-2015 agenda are ongoing: around 70 out of a total of 100 have been held to date.

Embedding NCDs firmly into the post-2015 development agenda is the theme of the latest of the Lancet’s series on NCDs, published in February 2013.

Sustainable Development Goals
There has also been some progress towards the development of the SDGs, which will remain a separate process from the MDG-successors until 2014. A 30-member Open Working Group was set up in January 2013 to establish a proposal for the SDGs  – some countries share membership, so more than 30 countries are represented.

At a meeting on ‘Preventing global NCDs through low-carbon development’ at the London School of Hygiene and Tropical Medicine on 12 February, Carlos Dora (WHO) commented that the WHO has developed a set of three potential health indicators under each of the seven headings of the Rio+20 discussions (cities, energy etc.). Other work is doubtless being done to bring health into the SDGs – do comment below if you know of any further developments.

Finally:
To complicate matters further, the WHO is currently undergoing significant internal reform, recognising that it needs to change if it is adequately to address increasingly complex global health issues.

•    One of the areas for reform is ‘programmes and priorities’, which addresses how the WHO will deliver effectively on agreed priorities. Part of the problem faced by WHO is that the majority of its funding has traditionally come from member states, but it is now increasingly reliant on voluntary funding, which is often earmarked for particular areas – which may not map on to global health priorities. NCDs, for example, are still very under-resourced, given their global impact; the WHO is calling for more resources for NCDs, but this will require member states to fully fund it when it is discussed later in the year.
•    A further area of discussion is, once again, around governance and partnerships. There is a recognised need (as set out in the Political Declaration on NCDs, for example) to strengthen collaboration with non-state actors – perhaps through WHO-hosted partnerships – and more WHO engagement with civil society (the process of ‘accreditation’ of civil society organisations is currently being revised, for example). The Executive Board agreed that health partnerships can be beneficial, but overlap of function needs to be avoided, and periodic review of the partnerships introduced.

A Global Mental Health Action Plan is also being developed, with the final iteration also due to go to the WHA in May. The two Action Plans (NCD and Mental Health) will remain separate, and it was clear from the discussions at the Executive Board that there needs to be synergy between the two.

Action
If you, as an individual or organisation, are interested in advocating for NCDs to be a higher global priority in the frameworks set out above:

Information on taking action is also available on the NCD Alliance website, and do comment below if you have information that you would like to share on action that you are taking or progress that is being made.

Competing interests:
The author has completed the ICMJE uniform disclosure form at www.icmje.org/coi_disclosure.pdf (available on request) and declares: no support from any organisation for the submitted work; no financial relationships with any organisations that might have an interest in the submitted work in the previous three years. Katy Cooper works with C3 Collaborating for Health, a global NGO that undertakes projects with a variety of organisations, which can be seen on C3’s website.
**